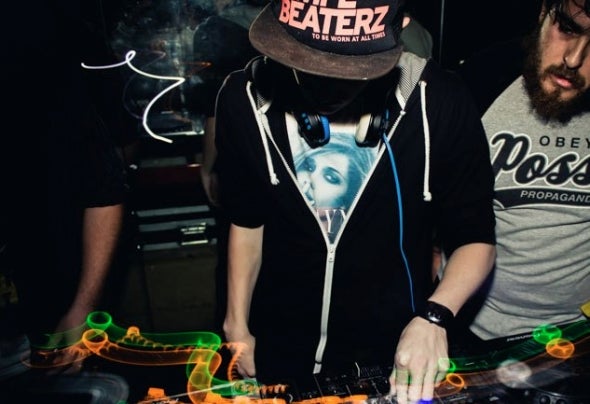 Adam Woods, was born in Europe were he was surrounded constantly with changing music genres in the city of London and surrounding suburbs until he moved moved to Australia at the age of 10 with a love of music which grew along with the styles that evolved in the new millennia till now where he has landed on a love of club and underground music and decided to show his appreciation towards it by letting everyone know through his adrenalin filled and energetic sets DJ’ing live.When Adam bought his first set of decks he never thought he would have made it as far as he has already, but now that he has had a bite sized taste of what its like to live life in the fast lane he only wants to progress at even faster rates in the music ind us t ry .With a natural talent behind the decks and an extensive knowledge of all music big, small, Known and Unknown, he has swept his listeners away with amazing sets designed to please everyone’s liking. Adam has received a weekly residency at Magnums Nightclub in Airlie beach, Queensland and from then on has strived to get his name out there into the music industry and beyond.Adam has played along side some big name acts like Vandalism, Steve Frank, Tom Piper, Mr. Wilson, Venuto, Timmy Lala, Timmy Trumpet, Ben Morris, Mobin Master, Art House Killers, Daniel De Niro, DJ Kronic, Sarah Robinson, Lady Lauren, The Miller Brothers and many more.He is currently now trying to make his own unique style of music in his time away from the clubs to progress quicker and better through the music chain, making remixes and originals he is on a fast paced journey towards the top.Adam Is now moving down Melbourne way to take on the big city and make a huge impression in the DJ and Producing world as much as he can!