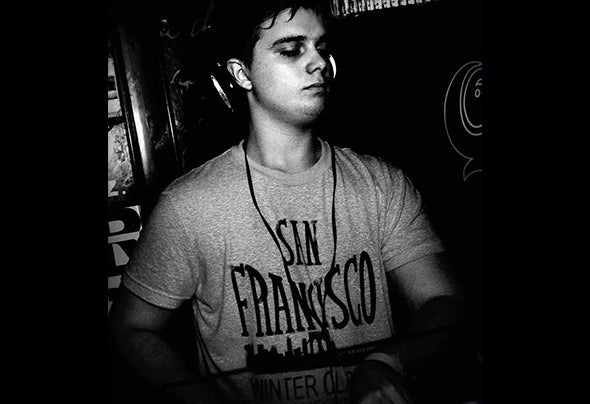 Keyboardist since his 7 years.He completed the keyboard study at the School of Music No. 13, in addition to having studied Counterpoint, Harmony and Rhythmic for 10 years.He knows to play the guitar from a very early age. He studied guitar for 6 yearsin the Ensemble of C.C Macedonio Fernández, with Professor Javier Yudcovsky, covering genres from Renaissance Music to Cool Jazz / Swing. From the same age he also studied drums, and lately gives private lessons of those three instruments.He has played live with several bands: Cazahit, with which he even played in the mythical corner Homero Manzi, where he played the keyboards, with which he recorded a disc.He also participated in some jazz / fusion projects.His relationship with electronic music came over in his teenage when he discovered the pioneers of it as Kraftwerkand Giorgio Moroder, from that moment his gaze towards it gave a 180 degree turn and began trying to produce their first beats and melodies, helped by various VST's and instruments.He has been producing electronic music for several years, and is quite familiar with VST's, sequencers and analogue equipment. He is currently internalized in sound synthesis. He composes soundtracks for audio-visual media.With influences like Rodriguez Jr, Eelke Kleijn, Maceo Plex, Hernán Cattaneo and Guy J, he describes his genre as "something between Progressive House and Techno".