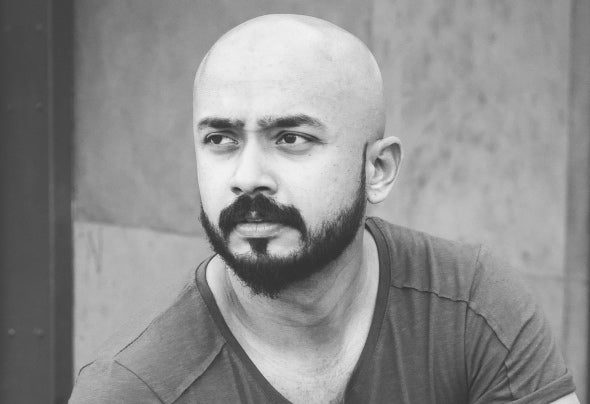 Paul JosefFor some people, music is the only proof they need for the existence of God. They are the ones who actually change the World of music. In this era, where we have millions of sanctified musicians, the only way to stand out is to be unique and believe in your own style. Paul Josef has caught the attention of all music lovers through his unique style of mixing Deep-Tech house, and TECHNO. He's always had a voracious appetite for music from a very young age and it showed in his endeavors. A percussionist from the age of 7, he has already acquired professional training in more than five instruments of eastern and western variety. Living the life of a jazz drummer for more than 10 years, he grew up controlling beats with his hand and creating music from the heart. Being one of the local favorites, He has opened and played alongside some of the big names in the Techno industry as follows:->A Guy Called Gerald (Analog Room, Dubai) >Jeff Mills (Mutek Middle East, Dubai) >Maceo Plex (El Chiringuito Ibiza) >Kaiserdisco (Drumcode)>2Manydjs (Base Dubai)>Secret Cinema (Gem Records, Drumcode) >Mario Aureo (Deep Like, Dubai)>Tom Hades (In Panama Club, Amsterdam) >Niereich (In Panama Club, Amsterdam) >KiNK (Plus Minus Arena)>Audiofly>Dominik Eulberg (Cocoon)>Woo York (Afterlife, Life and Death) >Agoria (Groove on the Grass)>Dj Hell>Magda>Mano Le Tough>Matias Aguayo>Nastia.>Agents of Time (El Chiringuito Ibiza) >The/Das (El Chiringuito Ibiza)>Guy J>Daimian Lazarusand many more..His live Techno set, the new project which he has been working on for years and is getting mass attention very quickly. He recently featured his live set on regions biggest electronic music festival, Groove on the Grass alongside Agoria, Dj Hell, Magda, Mano Le Tough, Matias Aguayo, Nastia and was recently Featured at Analog Room alongside A Guy Called Gerald. He was also featured in Mutek Middle East as Local Live Electronic music Act representing Dubai.