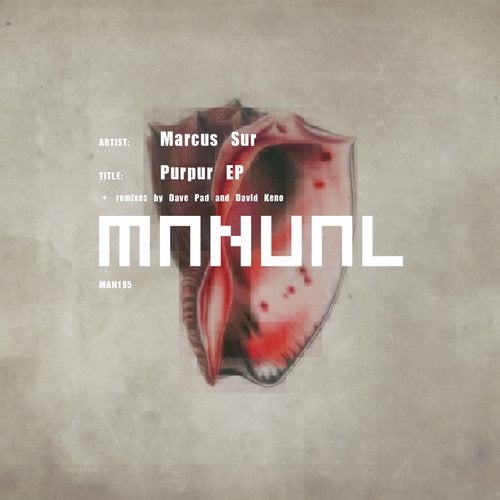 Marcus Sur from Essen, Germany has made his Manual debut earlier this year with the release of Slow Hands Make Me Dizzy on MNL's Winter sampler and we welcomed him on board our Manual Movement podcast series where he already showcased one of the songs that's on this release.

Purpur EP marks his official debut on the label after having released on infamous labels such as Noir Music, Upon You, Trapez and Resopal to name a few. The two originals have big genre crossover potential and we're expecting them to be supported by a wide range of DJ's. Naturally they come with a dosis of warmth and melody as you've come to expect from Manual Music.

On remix duties we welcome two new names to the label; Dave Pad from Russia and Swiss born David Keno who now resides in Germany. Dave Pad's releases on Highway Records are supported by many of the A-list DJ's out there and is one of the favorite producers of Manual label owner Paul Hazendonk, so it was about time he entered the Manual family.

David Keno has already got quite the track record behind his name. This Berlin veteran has been on top of the game for many years now, running his own Keno Records to great success, but also being signed to Suara, Dirtybird, Noir Music, Mother Recordings, Katermukke and many many others.