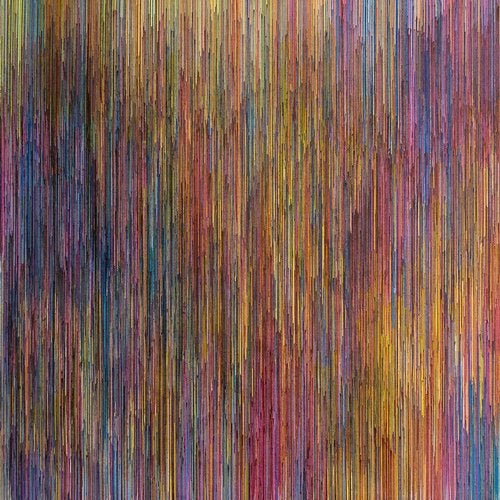 microCastle begins the fall season by welcoming Olaf Stuut to the label for his debut artist showcase. Based in Amsterdam, the Dutch producer has been a fixture of the electronic underground for over a decade. Uniquely transcendent, Olaf's music is hugely anticipated by his fans and highly regarded by his contemporaries, leading him to remix some of electronic music's most revered artists, namely Max Cooper, Minilogue and The Acid, while also landing him releases on the world's trendiest records labels, most notably Connected Frontline, Engrave, Infectious (PIAS), Last Night On Earth and Atomnation, the latter of which operates as his primary home. Now following a remix for Christian Löffler's Ki Records, Olaf makes his microCastle debut with 'Coral Limbo'.

For Olaf music has always been about storytelling, one where meditative themes, exotic percussion and arcane rhythms unite in a blend of melody and colour. Never one to follow trends, the Amsterdam resident is decidedly unpredictable, following no discernible path with his creations, rather translating a spiritual message that transcends the confines of convention. Comprised of four tracks, the 'Coral Limbo' collection is a blend of esoteric design, psychedelic storyboards and analog electronics. Beginning with the organic drums and astral narrative of 'Schizophrenic Cuttlefish', before shifting energy into the spastic funk and retro synth styling's of 'Eclectic Eel'. Much like Olaf's live sets where emotive segues are at a premium, the narrative evolves into the tonal creativities and modular intensity of 'Anemone Valley', before eventually melting down into the indie-esque moods and dubbed out rhythms of the EP's closer and title selection 'Coral Limbo'. It rounds out what is an inspired collection of music from the Dutch artist, one which carries a unique sonic aesthetic; innovative and thought provoking throughout, capturing the imagination of the listener and thus resonating on multiple levels. For Olaf it is a uniquely thematic anthology, one which furthers the sentiment that in many ways nature holds the key to our intellectual, artistic, cognitive and even spiritual satisfaction.

In the words of Olaf, "This EP has an apparent theme, all the tracks have an aquatic name. I've always had a big love for nature and its ingenuities, with all the interesting traits animals developed over the millions of years and the symmetric beauty of its plants, corals and anemones. This is the reason why this EP is filled with resonance-based synths, to simulate the feeling of being submerged. I always have a very strong visual connotation with the music I make, I'll give an idea of how I see the EP's story.

The cuttlefish are one of the best camouflagers in the world, it can change its colors incredibly fast (also to hypnotize) and even change the texture of its skin. How cool is that, now imagine this creature being schizophrenic, this would make quite a show to say the least. I had the same feeling with the track; there are many different elements going in and out, a little chaotic but still pretty in my mind. I'm a big fan of percussion so this is not missing here, especially the tabla which added more watery tones to it.

Noisy hats and sparking arpeggiators make their way for the 'Eel'. I really wanted to make an electrifying dancefloor experience with this track, keep the energy high all the way through but still have a "wake-up" moment. I did this with a half-time beat with a more hip-hop related drum rhythm, hence the title "Eclectic Eel" instead of electric.

'Anemone Valley' really is meant as a small journey down the hill towards the party, it's hearable from the top of the mountain. The resonances play a big role again. Led by curiosity we go onwards, coming closer to this spectacle at the bottom. There we enjoy the view of the valley where the pads come in, we go back into the party for a bit more before we go up again to enjoy our well deserved rest.

We've all experienced thoughts or problems in our mind that are stuck on a loop. An idea you can't get rid of, at least not until you give yourself the chance to let go, or see the beauty of the circle (which is -in essence- the same thing). Again and again we go through it, analyzing and trying to define it. Accompanied with the Fender Rhodes this time, washed out in reverbs we eventually find space in the thoughts, they still go and go but it seems more accessible. Eventually coming back to where the whole tune started, back where we began. The reason I chose the word "Coral" is because of the visual resemblance of it and the brain. There is even a family of corals named 'Brain Coral' because of this remarkable feature."