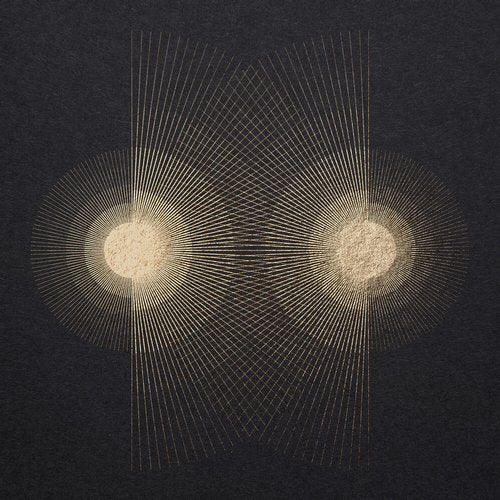 Rising out of Israel's electronic underground and making their microcastle debut are Kadosh & Nariz. The former sits as one of his country's freshest and most highly touted artists. In relatively short order the Tel Aviv resident has found a home on Aeon, Innervisions, Watergate Records and his own Frau Blau imprint. Also a highly regarded DJ, Kadosh has programmed music for some of the world's most forward thinking clubs, namely Watergate and The Block. Also calling Tel Aviv home is Nariz who is a regular at some of his country's trendiest venues such as The Block and Forum. Having recently partnered up with Kadosh, the duo released their first joint production c/o Stereo MC's Connected imprint. With forthcoming music also signed to TAU, the duo continue to build on that creative synergy with their microcastle debut alongside remixes from Ruede Hagelstein and Monkey Safari.

Beginning with the rolling beats, exotic drums and tonal creativities of the title cut, the Israeli duo aim squarely at a peak time dance floor. Spacious yet dramatic, it's a lesson in building tension through concise programming and a unique cross pollination of blueprints. Less has definitely resulted in more on this one, with the sentiment that you don't need a sledgehammer to crack open an egg perhaps never being more apt. Operating on a transcendent level, the EP then shifts energy with the companion piece 'Deep Valley'. Once again possessing a dramatic undercurrent, it's bulbous bass tones move through moments of emotional energy, while electric rhythms and striking overlays create a compelling canopy of sound. Mysterious yet emotive, it's arcane storyboard excites, while a warm pulsating groove, underpins the track, translating it's spiritual message to the dance floor.

Amidst electronic music's elite guard lies Germany's Ruede Hagelstein. Widely regarded as an audio engineer, the Berlin native began his journey into electronic music with a coveted DJ slot at Germany's iconic Tresor nightclub, before eventually landing a resident spot at Watergate some years later. Regarded as one of the underground's choosiest artists, Ruede has amassed a meticulous discography, showcased his music on Bedrock, Keinemusik, Monaberry and Watergate. Now making his microcastle debut he delivers a stunning take on 'Orot'. Taking a deeper, dubbier and decidedly more subversive approach, Ruede crafts a lovely complement to the original. Perfectly sculpted beats and rippling bass swells create a massive sense of space, while reprocessed elements and iridescent pads add a free flowing narrative. Percussive flurries play off darker shades and tones, before the main break adds just the right amount of warmth and tension to ignite a dynamic finale.

Rounding out the release and providing the lone interpretation of 'Deep Valley' are Monkey Safari. Based in Germany, the renowned production / DJ team have long been one of electronic music's most fascinating duos. Having been remixed by the likes of Chloe, Carl Cox, Guy Gerber, Guy J, John Digweed & Nick Muir, Josh Wink, Hannes Bieger, Hernan Cattaneo, Kolsch and Moby, their forward-thinking music has found a home on Anjunadeep, Bedrock, Get Physical, Kompakt, Monaberry and their own Hommage imprint. Now making their microcastle debut Monkey Safari put an astral twist on 'Deep Valley' to round the release out in style. Once again operating at a creative peak, the German duo maintains the tough, punchy ethos of the original, while fragmenting the melodic narrative into something decidedly more otherworldly. Dark and foreboding yet melodic and tranquil, it's an instant mood setter, transporting even the most discerning dance floors into a unique sonic space.