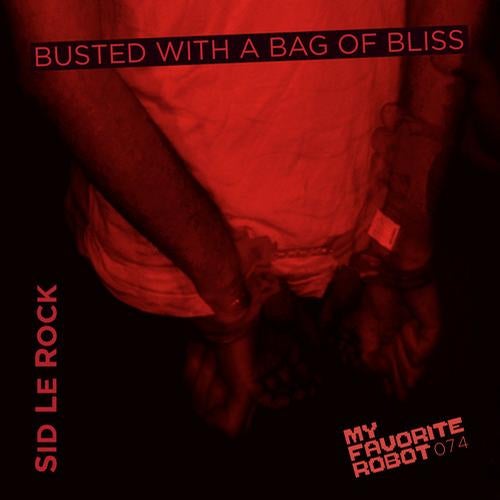 Canadian born Sheldon Thompson AKA Sid Le Rock has been wowing music lovers with his unique electronic fusion sound since first bursting on to the scene almost 10 years ago. Based in Germany for the last decade, Thompson has been a musical inspiration for many, with a string of stunning releases through leading labels such as Ladomat 2000 and Shitkatapult. As well as recording a trio of artist albums for these imprints, he has been behind the creative and successful Cereal/Killers and Beachcoma labels and has had an extremely prolific decade with his Pan/Tone moniker.
Now the one time Toronto resident is joining forces with what is undoubtedly one of the cities leading record labels, the much-lauded My Favorite Robot Records. MFRR (as it's known to its friends) has been around for 4 years now, but it is in the last 6 months that the label has made the leap from 12" single releases to full-length albums closing out 2012 with long players from the both Jori Hulkkonen and the excellent Fairmont. Sid Le Rock's 'Busted With a Bag of Bliss' will be the label's first LP of 2013 and is set to be their biggest album to date.
Thompson opens up this latest musical opus with the deep and emotive 'Here We Are' and sets the tone for the rest of LP with a fusion of haunting vocals and synth lead electronica. The album comprises 11 original compositions that take in the outer realms of pulsing techno, vivid electro and evocative retro fuelled soundscapes. From the dark refrains of 'Nomad' to the near euphoric synth melodies of 'Bag of Bliss' and onto the arpegiated 80's rhythms of 'Trans-Am Radio' there is a genuine diversity here, yet the whole things is tied beautifully together by Thompson's rock solid production and vision for the album as a whole.
'Busted with a Bag of Bliss' is without a doubt a stellar addition to the My Favorite Robot Records catalogue, fitting as it does with the label's musical ethos of twisted dance/indie fusion. For Sid Le Rock it is perhaps his most accomplished LP to date and is certain to set fires alight when it hits the streets in the spring of 2013, enjoy.

Busted With A Bag Of Bliss