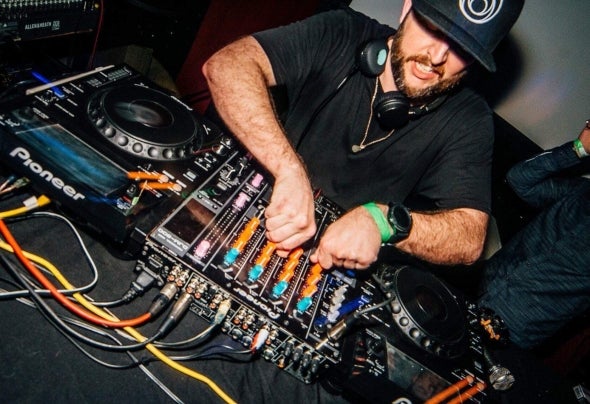 It takes a club veteran to truly understand a dance floor. What better place to earn one’s credo than the infamous State Palace raves of New Orleans? Matthew Play not only DJs and produces, he’s been living a life of dance music from an early age. Like many others who hustle their way through the underground scene, he takes on the triple role of DJ, producer, and promoter. With roots in Southeast Louisiana, the house, techno, and chillout enthusiast brings 10 years of DJing experience to a party. Alongside the DJing comes 8 years of experience releasing singles for various record labels. Both skills then converge into a passion for bringing people together on the dance floor. These events, which include solo ventures as well as collaborations with like-minded enthusiasts in the Gulf Coast region, stay true to the sense of community and love for music that form the core of dance music. Matthew Play has played alongside the likes of Christian Smith, Mark Farina, Derrick Carter, Terry Francis, and Chuck Love. And since 2009, his releases include singles on labels such as Seven Island Records, CTM Recordings, Sugar Shack Recordings, Galactic Voodo, and ChiNolaSoul. His most recent undertaking is a monthly event called My House Is Your House (MHIYH). This series, a collaboration with partner-in-house Chilly Nelson, promotes underground house and techno while staying true to the values that the music promotes. After several successful iterations within the city of Gulfport, MS, they now look to take MHIYH on the road. Be on the lookout. Above all, Mathew Play has a reverence for the history, respect for the greats, and a sense of humility from years of trial and error. Not to mention – a damn good ear for picking out the right tunes to get people dancing. As he continues to release productions with greater frequency, Matthew Play’s future is a steady upwards trajectory.