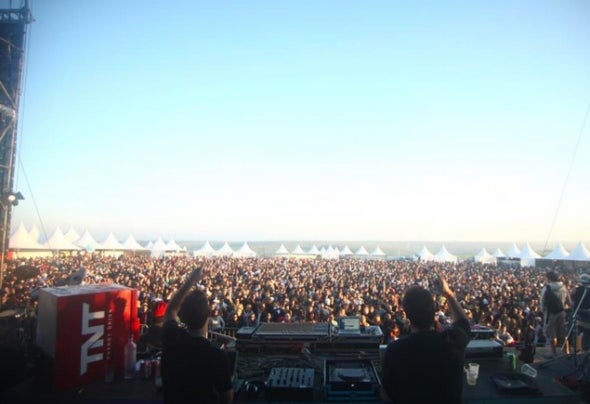 Formed by producers Fred Vieira and Rafael Rodrigues, Life Style is a major name in the Brazilian trance scene, having performed for thousands of party goers at huge open air festivals like Tribe Festival, Universo Paralello and Kaballah Festival, with editions all over the country. The duo has also performed live at leading clubs like Pacha São Paulo, Clash and Anzu Club.With almost eight years on the road they already released more than 90 tracks including collaborations / remixes for names like GMS, 1200 Mics, Krome Angels, Wrecked Machines, Shanti and Sesto Sento, and three solo albums: ‘Build Your Own (2007)’, ‘RMX (2009)’ and ‘Now Generation (2012)’.Having their tracks played all over the globe, the duo reached Beatport’s Psytrance TOP10 more than ten times, with one of it’s tracks, 'This is the House', reaching the second spot. After this success, Life Style was invited for several shows around the world, including a few countries in Europe, Japan and Mexico.