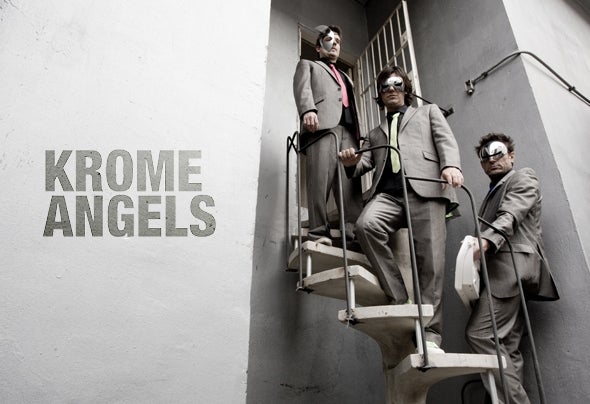 These three veterans of the scene, who had always been full of respect for one another’s music, first joined forces as KromeAngels back in 2006. Only now, though, have they matured into an album act, with their aptly-titled debut ‘Modern Day Classics’ currently making waves worldwide and their second album ‘Sexy, Freaky, Nasty’ and preceding singles featuring rave legends MC Darrison and Sian Evans (Kosheen) ready to cement their position as international electronic music titans.But who are they? This mighty sonic triumvirate comprises Brighton-born Dino Psaras (the first Dragonfly DJ, the first person to release on the Perfecto Fluoro label and member of Cydonia and Ayahusca); Dado (the renowned French music producer who has collaborated with the likes of Bamboo Forest and spearheaded projects such as Transwave); and Shanti (whose infamous basslines made him the young prodigy of the Voov Festival, and who composed the Visionquest 2003 DVD signature tune).None of them were ever content to settle into predictable grooves, and recognising kindred spirits who refused to stagnate into any kind of trance “norm”, these three came together to create a fresh sound, taking the genre to new realms encompassing breakbeat, techno, house, electro and everything in between.