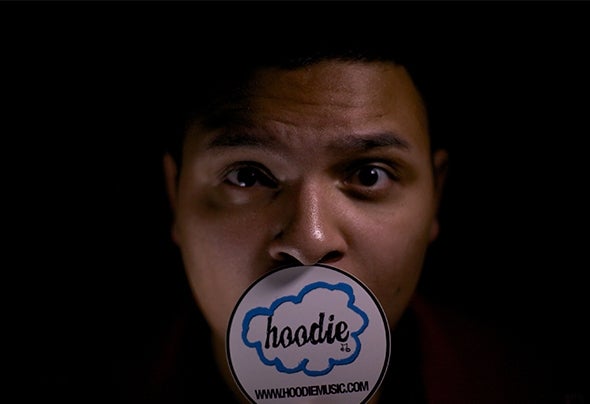 Daniel Pattiata, born on 28 August 1990, also known by his artist name Hoodie, is a Dutch music producer & DJ. At age 10 he discovers music on a children’s program on his fathers computer. Obsessed by a monkey and a drum kit he developed his interest in music at a very young age. Music was not a strange thing in his family. His uncle played in several bands and his cousin was a well-known DJ. When Daniel moved to Amersfoort, he and his new friends decided to begin a rap group. Unfortunately nobody knew a thing about computers and making music so Hoodie tried to make some himself.In 2003 he discovers a new way to make music and made dozens of hip-hop beats with FL Studio. All those beats gave him exercise to give all the instruments the perfect level.When Hoodie decided to start with something new he bought Cubase from the local music store. In 2006 he was still into hip-hop, but he also want to try something new. Searching for a different genre he discovers House music. Daniel was instantaneously in love and he started to make some House right away. In 2008 he released his first single at Sneakerz Muzik (Spinnin Records), which wasn’t a success after all.His second release ‘Dirty Maluku Style’on Made2dance Records made a huge difference. Supported by DJ’s Gregor Salto, Dj Rockid, Schlachtofbronx, Teki Latex, Yolanda BE Cool and many more, he had made his first success. In 2010 he released ‘Break Bass’ which was a mix of Electro and Dutch House. It was released on Foktop! (Spinnin Records) and was published on CD as well (Sneakerz Foktop! Summer CD). After all the releases Hoodie had those few years, he got much respect and support from DJ’s and fans from all over the world.Daniel’s DJ career started a few months later in 2010. His first gigs were at local bars and parties but after the Foktop! Summer Mix cd he was booked at his first big party with Bizzey, Sandro Silva, DJ Rockid and some other DJ’s. After all those gigs with DJ’s like: The Partysquad, Sandro Silva, Rockid, Yolanda BE Cool, Marc Benjamin etc. Hoodie had a promising future full of big releases and collaborations with producers and DJ’s from his dreams. Hoodie is now known as a wild DJ and a gifted producer and we’re all hyped to hear what’s next in the future!