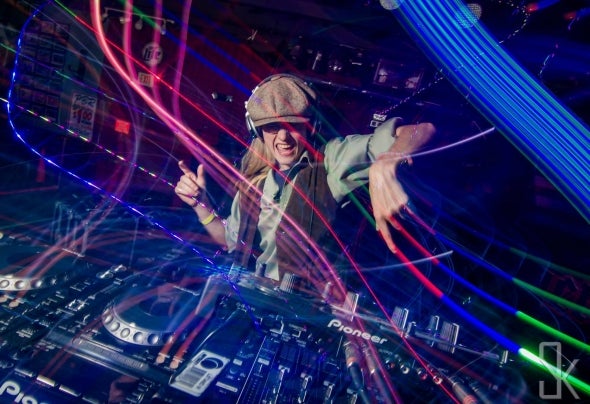 Dawnchaser wants the world to know the feeling of standing on an alpine ridge; to be a small point in the raw vastness of the wilderness, and leave the worries of the world behind. He feels his music should be what moves everyone to explore, and be what fills their ears as they face the elements - whether it be hiking in the mountains, kayaking by the coast, or spelunking in the deep places of the world.An internationally-acclaimed producer, Dawnchaser's unique brand of high energy melodic trance is signed with Drizzly Music, EML Recordings, and Elliptical Recordings, and has been supported by the likes of Markus Schulz, John Askew, Darren Tate, Wavetraxx, Suzy Solar, and many others. Drawing on everything from classical, to folk, to the many forms of electronic music for his inspiration, his sound is one you'll never forget - and one you can't help but move your feet to.On stage, Dawnchaser too, is a force of nature. Blending his signature Adventure Trance sound with breaks, drum n' bass, techno, hard dance, progressive and electro, he's rocked parties all across the Pacific Northwest, and was the first DJ from Washington to perform in the Republic of Georgia. He hosts a weekly radio show on KSVR 91.7 FM, and helped found The Venture Crew, an event production company in Spokane, with DJ's Shauk, Razmataz, and Go- Rilla. Today, they're one of the most respected show production crews in eastern Washington, and their artists have played some of the Northwest's biggest events.Are you ready for the adventure?