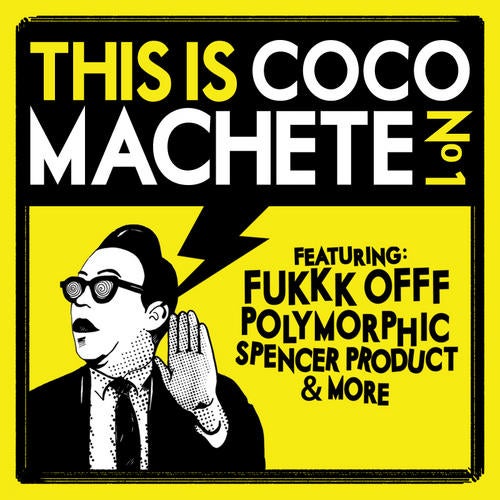 After nine years, and over 100 releases, New York City's Coco Machete Records delivers it's first eponymous collection with 'This Is Coco Machete - No. 1'. Far from being a retrospective, 'This Is Coco Machete' places you smack in the middle of the label's most recent, current and not yet released club bangers. The mix of eclectic vocals and sonic inspirations could have only originated in the streets of New York City though many of the featured artists and remixers hail from every corner of the globe; Fukkk Offf & Jence of Digitalism, Hamburg Germany; Oliver Twizt, The Netherlands; Zodiac Cartel & Disco of Doom, UK; Polymorphic & Noise Invaders, Moscow; Mikix the Cat, Paris; NROTB & Hatchmatik, Montreal and of course Spencer Product, Entyce & Debra Dolce from NYC. This is simply for people who want to SHAKE IT ALL NIGHT LONG; This IS bringing down the walls of YOUR musical ghetto; This is THAT BUG OUT SOUND, ready for the dance; This is the sound of New York City, THIS IS COCO MACHETE!

This Is Coco Machete No 1