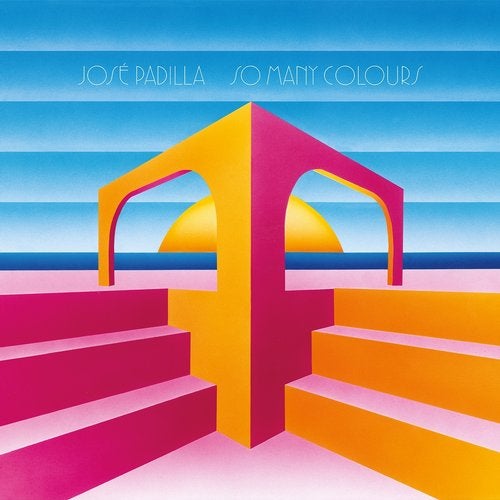 Jose Padilla, a legend in the Ibiza scene, has just made the most forward thinking Balearic album of the year in 'So Many Colours'.


It would have been easy for Jose to have made a chill-out album, but instead he has worked together with four forward-thinking producers to create a modern album, moving across the genres held together by the umbrella we call "balearic".

Jose Padilla is loved by many for his work soundtracking sunsets at the Cafe Del Mar and compiling the seminal Cafe Del Mar compilations which sold over six million copies. His fans are wide and varied, on one end of the spectrum you have Madonna or Karl Lagerfeld, and on the other DJ legends such as Harvey and Andrew Weatherall.

The four aforementioned producers Padilla worked with are; Mark Barrott of Sketches From An Island and founder of International Feel; Telephones, a man making serious waves right now with his deep house sound; Dusseldorf based and natural beat maker Wolf Muller a.k.a Jan Schulte; and Australian Tornado Wallace of Tim Sweeney's Beats In Space label.

All four are known for differing styles and sounds, though their work together with Padilla runs naturally as a cohesive whole. Barrott brings a deep oceanic mellowness, Tornado the electronic synthesized melodic beats and grooves, Wolf Muller welcomes the afro end of town and Telephones has produced three tracks of beautiful dream-like house music.

Each producer was flown to Ibiza to work at Jose's home in Santa Agnes, set up their studios in the house overlooking the one of the islands most beautiful valley's and spent a week collaborating with Jose immersed within the feeling of the island. Each found their own sound within the walls of Jose's villa, but ultimately it is all extremely Balearic.

'Day One', 'Lollipop' and 'Blitz Magic' produced by Telephones pay heed to the newly revived dream house sound - expect an underground sleeper hit from one of these this summer. Mark Barrott produces 'Solito', as well as the beautiful album closer, 'Remember Me', and the acoustic guitar vibes of 'Mojame'. Muller brings Brazilian afro beats to 'Whistle Dance' and 'Afrikosa', and the album wouldn't be complete without Tornado's 'Maybe The Sunset' - a ride on Ibiza sunshine - and the widescreen 'On the Road'.

Jose Padilla has created an album for dancing wildly, relaxing wholly in nature, and losing yourself in. It is a true musical journey covering all angles of the balearic scene and reminiscent of one of the classic Cafe Del Mar compilations but in one artist album, and that artist is Jose Padilla.

o+ Jose moved to Ibiza in 1976 and started DJing in San Antonio, making tapes of his sets and selling them at Es Cana market. On the first day he sold out in an hour. On the second day, he sold sixty tapes. By the late 1980s, he was living in a house next door to the Cafe Del Mar, DJing at clubs like Es Paradis at night and selling 500 tapes a day. In 1991, Cafe Del Mar asked him to step out of his house and into their DJ booth, where he played until 1999 in front of a hand-made sign saying 'TAPES'.

o+o+ International Feel was founded by Mark Barrott, who produced most of the label's output from his home in Punta del Este, Uruguay. The imprint now provides deluxe electronica sounds and exquisite balearic vibes from its base in Ibiza, where Mark relocated to in 2012. Barrott's A&R skills are much lauded after signing DJ Harvey's Locussolus, which relaunched the legendary artist's career, amongst others, while his own production skills are highly revered and have resulted in International Feel becoming one of the biggest selling vinyl labels of the moment.