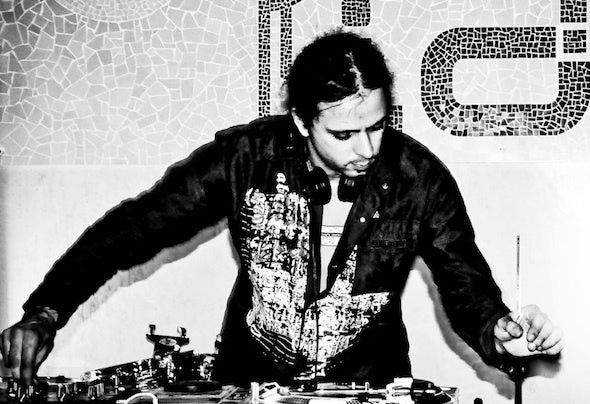 Timewarp (his family still calls him Angelos Stoumbos) is a fine example of one more artist, in this case a musician, that was first recognised internationally and then he turned his inner eye to the Greek market. With many of his tracks featured in Lounge / Downtempo compilations such as Black Coffee (Ecco Chamber), Sensuality Lounge and Camapari Red Passion compilations (Sony Music ), White Lounge (Music Park) and Ibiza Global Radio Moods (Irma), he wrightfully won his participation in many festivals (Spring t hree in Vienna, where he played wit h Gilles Paterson & Quantic Soul Orchestra, in Croatia at San Pelegrino Festival with Dimitri from Paris and Smoove & Tuyrell and in Brasil's Tibe Festival) and guest dj sets in great clubs in Europe (Camera Club & Cafe Leopold in Vienna, Tageins Club in Freiburg, Budapest, Sao Paolo and many more).While experimenting with Nu-Funk / Breaks / Nu Disco / Freestyle / Dub sounds and appearing in numerous events in Greece and abroad since mid-90s, he got great reviews and was soon announced as the 'best Greek Nu-Funkster' from famous people of the scene as Ralf Droesemeyer (Mo'Horizons), Dublex inc, Deep Dive Corporation (In-D Records), All Good Funk Alliance (Funk Weapons), Fort Knox Five, Dj Aeon Seven (Ninja Tunes), Parov Stelar (Etage Noir), Ancient Austronauts (ESL), Ganga and Q-Burns Abstract Message!In the beginning of 2004 after wanting to present his sound to Greece and the world, he created the independent record label, Timewarp Music. Ever since, Timewarp Music has an impressive release catalog, with 6 artist albums, 3 compilations, 1 cd single, 1 vinyl single and almost 100 (one hundred) ! Digital EP's, while is the home of 30 music producers from all around the world, always in a Nu-Funk / Breaks / Nu Disco / Freestyle / Dub attitude.Timewarp has released four personal albums, two remix albums and three singles, while a great number of independent productions and remixes have been released worlwide either as maxi-singles or in various compilations and digital ep's.Beeing a musician for more than 20 years, Timewarp is a Sound and Mastering Engineer for other musicians, while he has also licensed his music for major advertising campaigns.The quality and musical style of his productions, also the frequency, diligence and energy that drives him to run Timewarp Music, drew the attention of many Greek radio producers, journalists and promoters so he soon was established in the Greek market. Many of his tracks were included in compilations such as 'Urban Deluxe' (V2) and 'Vicious Games', "Campari Red Passion Lounge", " Sensuality Lounge" (Sony BMG, Sony Music), has appeared as DJ Timewarp in famous 'must' clubs of Athens like Soul, Guru, Loop, Funky! Earth and other open-minded bars across Greece (B- live in Larissa along with Parov Stelar) also with his five member band Timewarp Inc during the annual Music Day Festival.In March 2009, he completed his latest project, the creation of one more record label, Kraak Records, that releases electronic music in general, with no specific genre. Already, having less than one year established, Kraak Records is the home of 20 music producers, having released 10 full length artist albums. Of course, following the footsteps of her big sister Timewarp Music, Kraak Records has already released 44 (forty four!) digital releases and cd's.Angelos Timewarp Stoumbos combines all the characteristics of a modern succesful musical personality, with a low profile and a persistance to good music, manages to blend it to the life of a person that lives through what he loves.DJ, Producer, Remixer, Sound Engineer [ Timewarp ] Leader - Composer of a five member band [ Timewarp Inc. ] Owner of 2 record labels [ Timewarp Music ] [ Kraak Records ]