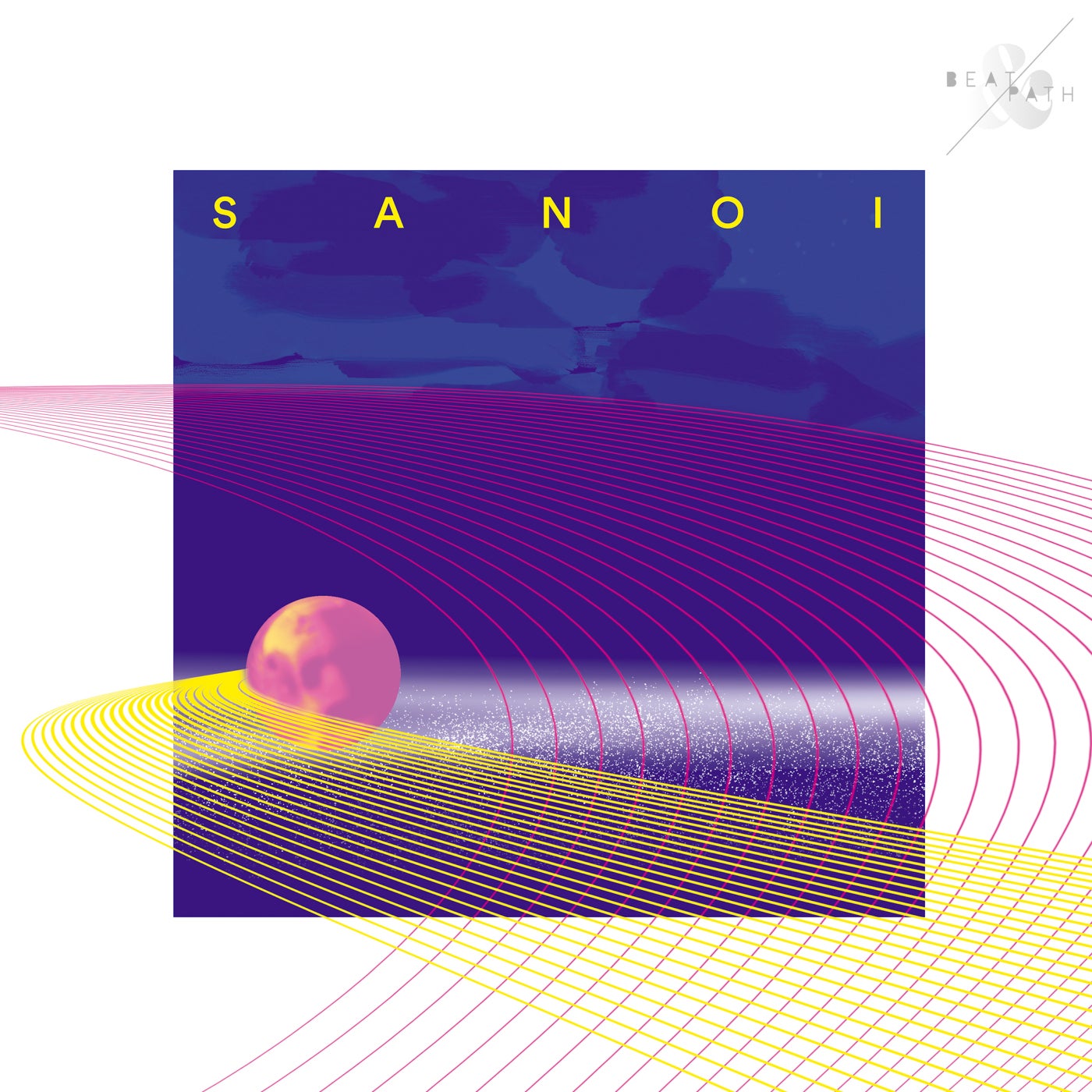 In German literary tradition, there's a type of novel called the bildungsroman. A typical bildungsroman follows a hero's trajectory from birth to adulthood, charting their scrapes with reality and confrontations with chaos, until they finally emerge – a little scratched and bruised, but holding a hard-won nugget of enlightenment. Sanoi's new self-titled album is a bildungsroman in deep house form, tracing the artist's growth and fall from innocence, his confrontation with reality and eventual reconciliation with the vastness of the universe.

This isn't Sanoi's first venture on Beat and Path. In 2019, the Berliner released a low, chugging EP through this label, a glowing debut entitled 'Drive'. Then late last year, he followed up with a Jodorowsky-channelling festival anthem, 'Walk' (in collaboration with Jake Rattler). But where these releases were playa weapons, Sanoi's newest enterprise is an autobiographical concept album, taking us into a more vulnerable part of the artist's mind. And unlike many concept albums, this one is consistently danceable.

Right from the start, there's a fine balance of soul searching and bottom-end sway. 'When I Was A Little Boy' (track one) opens with the sounds of children playing, while organic percussion quietly swings its way into the frame and leads us into a subtle, nostalgic deep house number. The low frequencies are growling but restrained, while the high end is celestial, bringing Sanoi's fellow Berlin-resident Powel to mind. In psychedelic states, life-scenes will sometimes project themselves onto a backdrop of patterned visual motifs. In a similar way, Sanoi projects childhood scenes onto the constant four-four of the beat here, and the result is hallucinogenic and personal.

As the album progresses, the intensity starts to build subtly. 'Castle On The Hill' (the second track and first single from the album) is underpinned by long Moog-style bass tones, signalling that the artist means business. Shimmering highs and halting, broken piano chords call to mind a boy's daydreams, while the bottom end swells and writhes like lava. All these elements combine to create the unusual and powerful sensation of dancing your way through someone else's autobiography.

If the energy is building palpably across these seven tracks, there's also a sense of mounting gravity. By track four ('A Moment in Time'), the innocence of Sanoi's younger self has all but evaporated, and we're in a new territory of breakbeats, sinister acid lines and weighty chord progressions. The track might call to mind your first experience standing alone in a big club full of sweating strangers and earth-quaking beats. As thrilling as it is, coming of age can be a daunting experience.

By the sixth track ('Asmodi'), the strands of the narrative are starting to come together. In the Avestan language, Asmodi is the demon of wrath, and you can hear Sanoi battling that demon in the twists and oscillations of the saw wave bassline. And even as they fight, there's a sense that the protagonist is discovering a way to tame this demon. As he gains his balance, flickers of innocent joy start to show themselves again; piano hammers and crisp pitched percussion cast sunlight over the battle scene.

In 'Trees Of Green', the culmination of the album, everything comes full circle. The hero has confronted his demons and undergone a transformation. Now, as he returns to his childhood home, familiar scenes are thrown into a new, more experienced light. The BPM has scarcely shifted from where it began, and a measured kick drum still plods its way along the ground. But in his softly hopeful chord progressions and snatches of monastic singing, Sanoi shows us that nothing will be the same again.