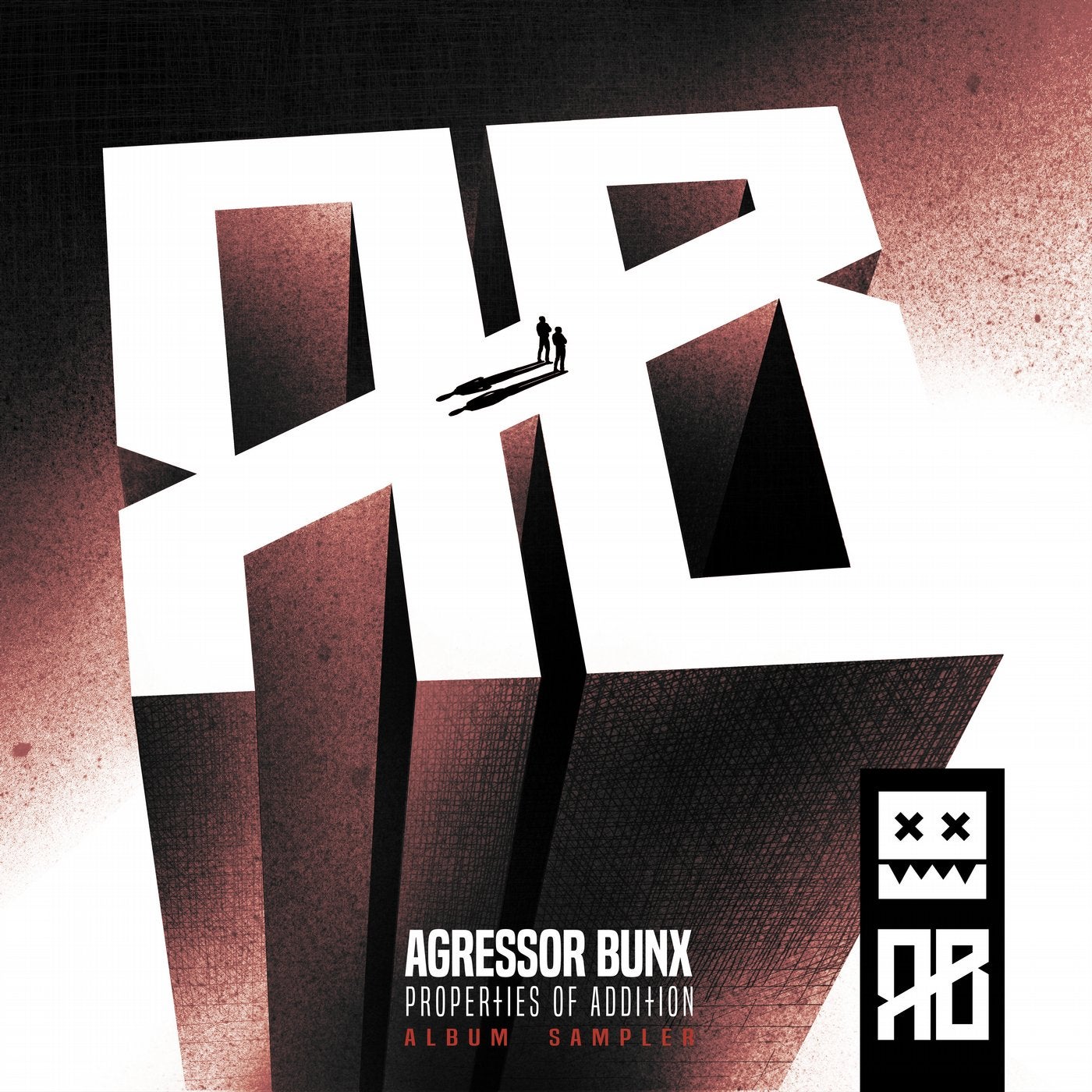 Eatbrain 037 AGRESSOR BUNX - PROPERTIES OF ADDITION LP // SAMPLER Alone they stood upon the roof of the world, two minds interlocked beyond the realm of their origin. Delivered into this alternate reality as separate points of consciousness, the definition of their relative distinction was for a while their only grip upon the structures of the past. Staring across the infinite horizon over the edge of their plateau, the meaning of time itself was lost in the entropy of their incarceration. In that endless expanse, the fringes of their perception eroded - stark concepts reacting and evolving in the wake of a forgotten future, bearing fresh complexity as the branches of their minds intertwined. Boundaries melted upon the shores of the present as the separation of elements lost meaning, the properties of addition relentless and timeless - towering beyond their combined mindstate. Following their striking emergence onto EATBRAIN with 'The Order' EP in 2016, AGRESSOR BUNX tore a ragged furrow through the year with their rapid rise to the apex of the drum & bass sphere, with releases on Blackout, Trendkill, Bad Taste and Program. With the duo featuring heavily at Eatbrain live shows, they've seared their sound deep into the hearts of the label's massive crew and quickly become embedded in the core of their aesthetic. 2017 brings the release of the Ukrainian pair's first LP on Eatbrain in the form of the PROPERTIES OF ADDITION LP, which delivers an array of the kind of cutting-edge diverse and heavy-hitting forms of drum & bass that fans of both the Agressor Bunx have come to expect. The 4 tracks dropping on the Properties of Addition sampler - BLEAK SHADOWS - THE OFFERING - NINJA - RADICAL SOUND stake out a fierce and advanced sound field that's going to be pulverizing speaker cones as listeners anxiously await the full release and the level up for both artist and label it represents.