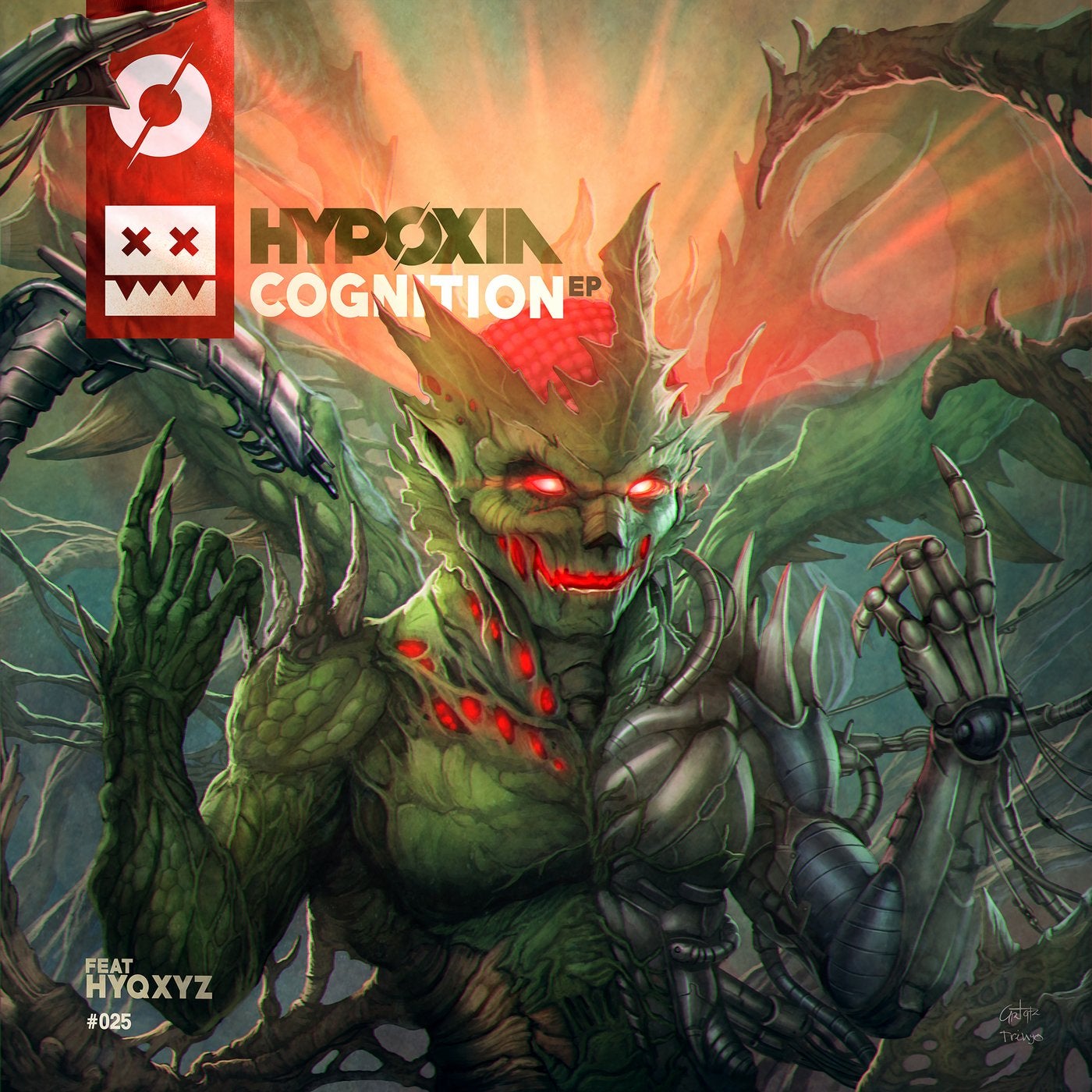 Fluctuation in the external world - a ripple across the fabric of space and time - disruption at a granular level of reality that spreads deep through the senses. Internal connections pulse with electrical activity, opening new pathways and unfurling their tendril-thread map of the universe reflected within. Awareness glides like heavy silk across the mind's deep furrows, the conscious eye compiling fresh sonic prophecies pulled from the farthest reaches of the realms of altered perception. Past melts into the present, erupting into the fragile flame of consciousness, cognition reaching with darkly glimmering arms into the tidal seas of a future wrapped in the deepest of bass frequencies.

HYPOXIA once again emerge from the twisted depths of the EATBRAIN fold to deliver the COGNITION EP. Following up their much-revered ANOVA EP, released on the label in 2015 and garnering widespread praise for their intensely engineered and heavy production aesthetic; the Belgian duo hit hard and true - cementing themselves as part of the Eatbrain family. Featuring 4 tracks of precise neurofunk of the utmost quality that ravers have come to expect from Hypoxia as well as the label, this is an EP that will most certainly be controlling the dance and embedding itself in frenetic dancers' consciousness for months to come.