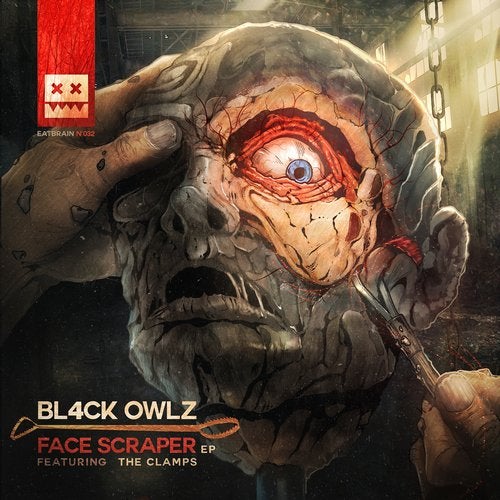 Under the restless blanket of a heartless night, the sculptor shifted uneasily in his atelier sleeping quarter. Slumber evaded him, every hallucination of momentary solace chased quickly into the shadows of his disquiet. Tormented by the weight of his task, to surpass the greatest creators of the past and deliver to their dynasty an icon to strike fear and awe into the hearts of the proletariat... In the depths of that darkness his mind cried out to every conceivable higher entity, light and dark - begging for the inspiration that would save him. With the encroachment of dawn, tiredness washed over him... pulling his flayed mind into a shallow sea of morbid sleep. A torrent of nightmares flooded him - visions of an amorphous entity clawing at birthing sack, a hideous soul struggling for its freedom. He awoke with a choking gasp... adrenaline flowing. Something glinted dully upon his bedside in the morning light - the razor edge of a sculptor's blade. Picking it up and looking closely at its sharp form, covered in an obscure script. He was certain it wasn't there in the night, it certainly wasn't one of his... He rose from bed, moving over to the head-shaped block of clay that had awaited his touch for too long. With precision he swiftly scraped deep into the featureless facade. Gasping suddenly, he staggered back, dropping the infernal tool in horror - fear seared deep into his eyes... the clay had reacted, drawing away from the blades edge as if it was living tissue, a trickle of blood seeping out of the fresh wound. The barely shaped head was moving... writhing as if in pain, as if it couldn't breathe - as if there was something trapped inside.. He quickly picked up the blade, cutting again and again, freeing its twisted and tortured mouth, slicing away the substance piece by piece, uncovering the flesh beneath... freeing anguish-filled, bloodshot eyes that flicked around in perpetual terror. Stepping back... he looked with mouth aghast at the vision that confronted him - the head twisting to free itself from his sculptor's block, a vision of suffering, the deep pain of reality flooding into his creation's soul.

EATBRAIN welcome Frech producers BL4CK OWLZ and THE CLAMPS to their powerful roster of cutting edge neurofunk creators, delivering 5 tracks sharp-edged and brutal drum and bass - perfect for sculpting the faces of ravers into deformed bass grimaces. From the annihilating percussion of title track FACE SCRAPER, through the searing and horrific but delicately driven syncopation of PRIMAL CALL and impressive impatient scattered assault of BIG SAMPLE THEORY, the FACE SCRAPER EP delivers a high degree of focused carnage. An essential addition to the ever-growing strength of Eatbrain's relentlessly impressive output.