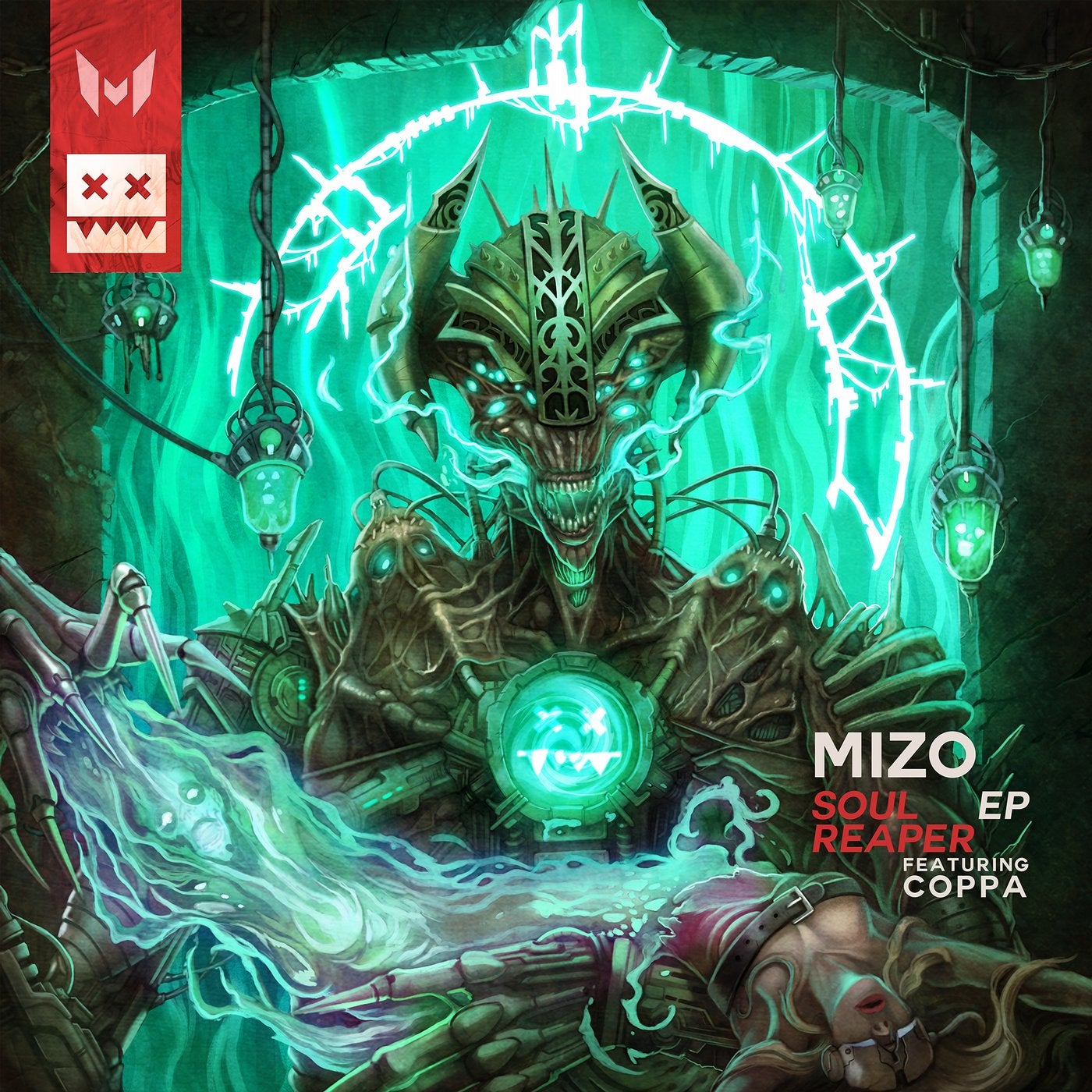 MIZO // Soul Reaper EP The pods stood starkly in the shadows, the outline of each distinct against the insidious green glow of the harvesting chamber, where the evolved one endlessly milked the essence of these bleak-fated souls. Within each synthetic husk the occupants writhed in dark pleasure, far beyond the bounds of morality, twisting their bodies and riding the ecstasy of their unrestrained minds. The bio-integrated neurotechnology affixed to each skull delivered an endless stream of visceral stimulants, bypassing the conscious mind and manipulating the subconscious directly. Each brain mass swelled with the constant input, pushing against their very skulls as the physical limits of bone matter threatened the intensity of a stroke. Their pulsating craniums signified their readiness for the harvest, their ripeness for the primary czar... a soul stretched to its limits, drenched in the decadence of its capacity... fit to burst from its flimsy biocarcass. In readiness the first pod glided smoothly across the chamber, birthing its inhabitant into the overlord's grasp as he prepared to extract her essence. Russian neurofunk heavyweight MIZO brings his unique breed of darkness to the EATBRAIN fold with the SOUL REAPER EP in all of its ill-grained glory. A distinct figure in the Russian drum & bass scene who has also been known as a member of Gydra, the Soul Reaper EP sees Mizo returning to Eatbrain following a long period since his ruthless 'Bad Omen' collaboration with Teddy Killerz as Mizo and the 'Psycho' EP as part of Gydra. Through the five tracks contained within, Mizo delivers his unique take on d&b, delivering 5 tracks of powerful solo material that smacks of the label's breed of premiere neurofunk and incorporating Eatbrain veteran MC COPPA. Title track SOUL REAPER delivers the kind of orchestral epicness that the Eastern scene favours, giving way to a mean, brutal assault or truly sinister proportions. With bouncy but pointed sci-fi steppers such as UNREAL and SINK (feat. Coppa), as well as the rich synthetic grandness of EXIST's aesthetic and the hard-hitting grinder MONTAGE - this is an EP that delivers all of the intensely dark meat that Eatbrain fans could possibly want.