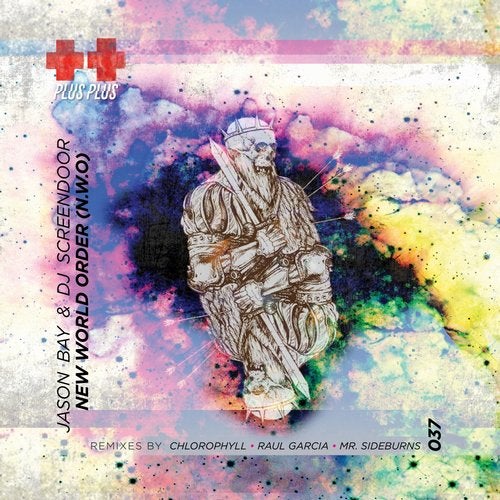 First release of 2017, and we have some killer cuts to kick it off! We have label head Jason Bay teaming up with long time friend and studio partner DJ Screendoor to bring you a diverse and dynamic EP that goes from deep and moody to some straight up drum machine driven late night grooves.

Opening up we have A Love Letter which was featured on our summer compilation album from last year. A more traditional mid tempo house groove with and a deep, subby bass punctuating the arrangement. The analog inspired arpeggio line opens and evolves to give it character and direction.

Jason Bay & DJ Screendoor go the opposite direction with N.W.O. Featuring classic analog toms with some lo-fi hat grooves, N.W.O. is all about that low slung groove with the bassline being front and center. A rubbery synth makes its presence known along with a preacher who's message seems more appropriate now than ever.

Jason Bay & DJ Screendoor wrap up their end of the bargain with Toast, a track that's combines the broken beats of trip-hop along with the large, open synths from contemporary house music. Perfect for those day time sets to ease on into the evening hours.

Raul Garcia is back in the mix, this time providing his perspective on A Love Letter. Opening with the bubbly synth line from the original, Raul builds on it with a straight 4 to the floor groove that keeps trucking long with a tight subby bassline that skips along to the beat. Let's just say we love Raul's point of view on this one!

Chlorophyll brings is signature style of tight and crisp tech house goodness and applies it to N.W.O. A big, round bassline is front and center here, with a punch kick sitting on top and dirty hats pushing the beat. Late night madness abound!

A relative newcomer to the Plus Plus family, we have Mr. Sideburns offering his remix talents on Toast. Mr Sideburns takes the original and dubs it out, pitching it down significantly and creating a haze that engulfs you with it's stripped down drums and atmospheric synths that fade in and out. He might be a newcomer to Plus Plus, but he has developed the skills of a seasoned veteran and we couldn't be more excited to have him on board!