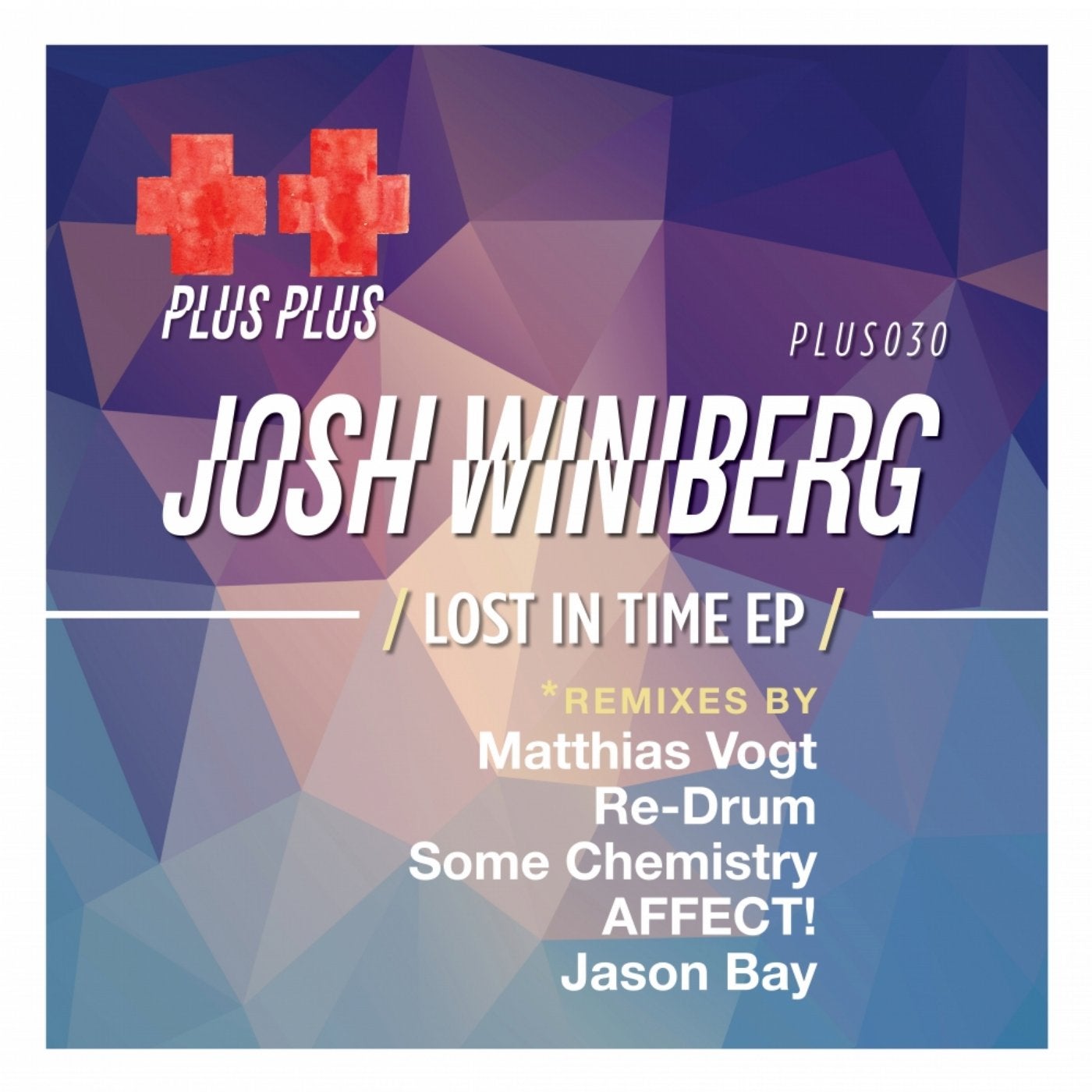 Plus Plus marks its 30th release with the return of a label stalwart - the UK based producer and composer Josh Winiberg. Lost in Time EP brings together three previously released tracks and breathes new life into them with a fresh set of remixes.

AMT blends ethereal piano, cello and vocals samples with driving percussion and pulsating synths to create an intense track which garnered support from Daniel Bortz, Josh Butler and Matthias Vogt to name but a few.

The title track is a much slower burner, its churning bassline and organic afterhour vibe finding favour with the connoisseurs of deep over at SEKOIA.

First up on remix duties is one of Frankfurt's finest - Sweatlodge resident and one half of Motorcitysoul, Matthias Vogt. His take on AMT strips back the percussion somewhat to make room for emotive synths that gradually rise to a beautiful climax.

Re-Drum's more dancefloor focused perspective on Acid Angel is next in line, with all the characteristic attention to detail and groove that we've come to expect from this talented Frenchman.

Leading us into darker territory is Amsterdam's very own Some Chemistry, with a techy, dystopian bomb of a remix for Lost in Time which stands in stark contrast to the natural ambiance of the original.

Following up on his latest releases on Moodmusic and Making You Dance is Berlin resident AFFECT!, aka Jacques Müller. Also remixing Lost in Time, AFFECT! provides us with a truly entrancing epic.

The final icing on the cake is provided by Plus Plus head honcho Jason Bay, returning to AMT with a tearout remix that's destined to bring huge vibes to many a sweaty dancefloor.