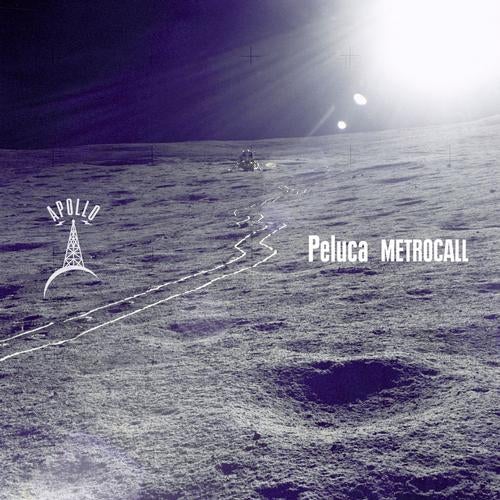 From Kielce, in the centre of his Polish homeland, Jacek G has honed a formidable set of skills that have given rise to a trio of production guises that find themselves represented here for Apollo as Peluca and the "Metrocall" EP.

It is perhaps under his Monojoke moniker that Jacek is most renowned, taking his place at the vanguard of the modern progressive breaks and house movements signing some 170 works to labels such as Spring Tube, Mistique and Silk Digital including a recent remix of Shingo Nakamura for the latter. Jacek has also been a long time friend of Particles, stretching back to his debut "Softly Painted Words" EP for the label in 2008, and remix of Jorg Murcus in 2012. Support from industry heavyweights has seen his credibility rise steadily over time, collecting fans as diverse as Jaytech and Nick Warren.

The first of Jacek's deep house guises, Telekollektiv has seen him for strong bonds with both the Spring Tube and Nueva label families but it is under his Peluca guise that Jacek's deep house sensibilities have shone most brightly since his first work for Apollo in 2010. Since then, a sparking meteor shower of gems has hit the Apollo offices in the form of 2011's "Sigur" EP and 2012's stunning full-length album "Modo" which was followed up earlier this year by "Modo (The Remixes)" featuring the assorted talents of Evans T, Andrew McDonnell and Hernan Cerbello.

Now, Peluca returns to Apollo once more with his brand new "Metrocall" EP. The title track immediately confirms its deep house presence with a series of warm organic chord progressions that provide a recurring melodic motif. A backdrop of shuffling, dynamic hi-hats heralds a subtle rhythm section with 808-style toms to the fore before snapping snares and techno kick drum bring greater dance floor urgency in the final movement. The vibrant "Million Tongues" continues the deep house flavour with its layered chord motif providing rhythmic and melodic energy throughout. Paired with a series of extravagant effects and a full-blown rhythm section, the repetitive refrain marks the track as an accomplished piece full of vigour. Final track "Moodyball" provides a subtle tech-house shift in proceedings. Vocal and chord stabs rise and fall effortlessly, inextricably linked to a pounding rhythm section full of dynamism and vigour, while echoes of Peluca's deep house predilections once again find themselves present in sustained pads and organic sound palette.

A trio of tracks have shown that a variety of house calls are available from Peluca's "Metrocall" centre.