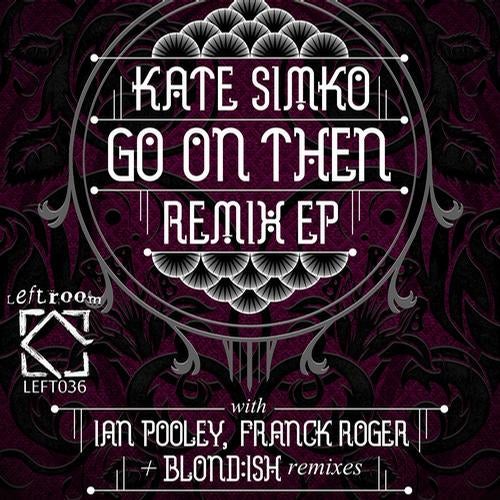 Featured on last year's Kabuki Drop EP, 'Go On Then (feat Jem Cooke)' by Kate Simko turned out to be one of 2012's hottest releases and now Leftroom deliver a remix package that adds further weight via interpretations from Ian Pooley, Franck Roger and Blond:ish. Chicago's Kate Simko is one of recent years USA's most accomplished electronic music talents - a genuine music love who commands equal respect behind the decks, the mixing desk and the keyboard. Having chalked up releases for Hello?Repeat, Supplement Facts and Spectral Sound as well as a debut LP for the latter's parent imprint, Ghostly International, Simko's talents have been widely noted while recent releases and a live show alongside Tevo Howard as PolyRhythmic have cemented an already cast-iron reputation.'Go On Then' in original form is a textbook example of subtlety, with rich yet unobtrusive production and flickering melodies giving way to Jem Cooke's earthy vocal and songwriting talents. Ian Pooley, a true house-music master, builds on the original's uncluttered aesthetic with an unctuous bassline-driven version that gently wraps itself in cossetting melodies before opening up at just the right moments. It's these melodies that are allowed to run riot in Pooley's dub, making for an intensely absorbing listen. Franck Roger treads a heavier, MAW dub styled, path with his Mix version, where clattering percussion and earthquake bottom end provides a zippy undercurrent for a heady mix of warped vocal effects and gritty synths while his dub mix pushes a more urgent, harder backbone through the tripped out textures. The ascendant Blond:ish close the package with a sub-aquatic lesson in low-end theory where every element has to have it's own melody, space and counterpoint and deep house is a futurist artform.

Go On Then Remix EP