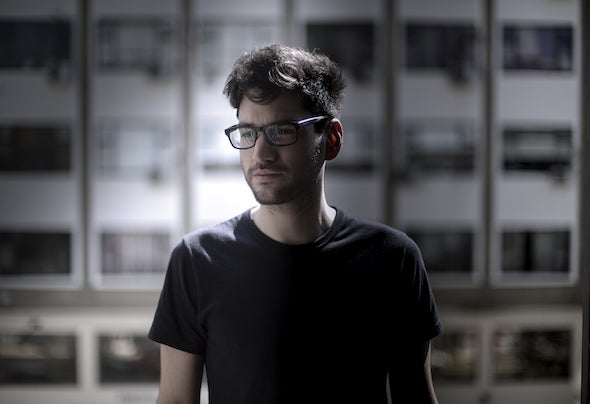 Hailing from Buenos Aires, Sebastian Galante a.k.a. Seph is one of Argentina’s main electronic music artists. With more than 10 years of activity in the techno scene, he has established himself as a multi-faceted artist, dividing his time between roles such as an energetic, prolific producer, heavily requested remixer, Aula Magna Records label manager, and a live act which has driven him to perform all across the globe. A sound experimentalist at heart, he devotes himself into expanding the sonic experience on the dance-floor and in the mind. Thanks to an extensive discography that he began with 19 years of age, Seph has won the recognition of key artists and labels from the global scene. Today he works and releases on Aula Magna Records, label founded in 2012 by Pablo Denegri, Mekas and Qik. A home for their own electronic music obsessions, the label is a platform for sound experiments and forward-looking techno, such as Seph´s album Cinetica, centered around a noise-based sound palette and complex rhythmic programming. His last EP Rom was released in 2017, the first in a new stage of the artist's deep and intelligent sound. Seph has made live shows all over the world in clubs and events such as Cocoliche, Crobar, Pacha, SAMC and Mutek (Buenos Aires), Fabric (London), Arma17 (Moscow), Harry Klein (Munich), Fuse (Brussels), City Fox (Zurich), Flex (Vienna), Watergate (Berlin), D-Edge (Sao Paolo), Kazantip (Ukraine), Minitek, Resolute (New York), Lantern (Beijing), Earth Freq (Brisbane, Australia) and Treehouse (Miami).