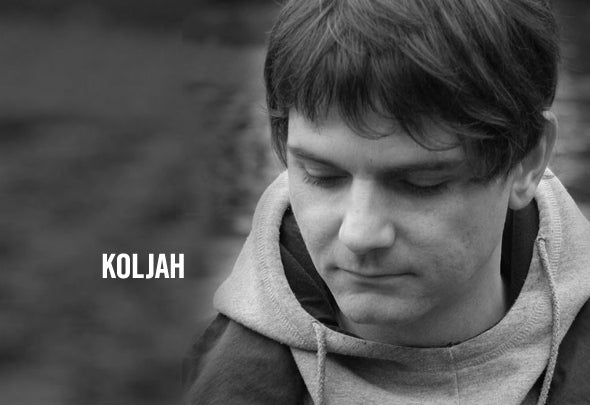 Koljah City >> Berlin Label >> Vidab Style >> House / Techno Bio Born in Wolfsburg, Germany in 1975, Koljah started out learning drums and classical percussion instruments at the local music-school, and from there went onto play in various jazz, rock and metal projects as well as in classical percussion ensembles and in the orchestra. However it wasn’t until his first experience of a techno party that he found his true calling in music. Having been blown away by the atmosphere and energy of the monotonic beats, he decided that dance music was his way. After learning to mix he started putting on parties in his hometown, until he finally moved to Berlin in 2003 and got himself a studio that things really started to happen. From his first release, 'I.L.M.B.I.B./My Room' on Phil e Records in 2005, there has always been a touch of class about his production work that has won him praise from Dj’s around the globe. His next release saw him get signed to Sushitech, which resulted in the 'LeckerKuchen' EP, and more recently the 'Loops For Work' EP, not to mention his remixes of Mikael Stavöstrand’s 'Housedays', Fusiphorm’s 'Green Chocolate' on Minimood or Oliver Deutschmann’s ‘I Won’t Tell You Why’ on Konsequenz. In 2007 his friends Stephan Hill and Oliver Deutschmann launched ‘Vidab-records’ with the ‘Fett Cash EP’ produced by Stephan Hill & Koljah who lately got signed the track ‘Nonresponder’ to Ame’s Label ‘Innervisions’. In early 2008 he released the ‘Coffee Papa EP’ on Vidab and is now working on a new EP and his first Album on Sushitech planned to be out in early 2009. In the beginning focussed on reduced rhythmical Techno tracks he’s now heading to a more “classical” sound somewhere between House Music Techno. Every time with a clear attention to rhythm but on the same way looking to create emotions cause dancing is not about working - it’s about feeling. Bookings [Clique Bookings] info@cliquebookings.com www.cliquebookings.com mobil: +49 160 800 52 57