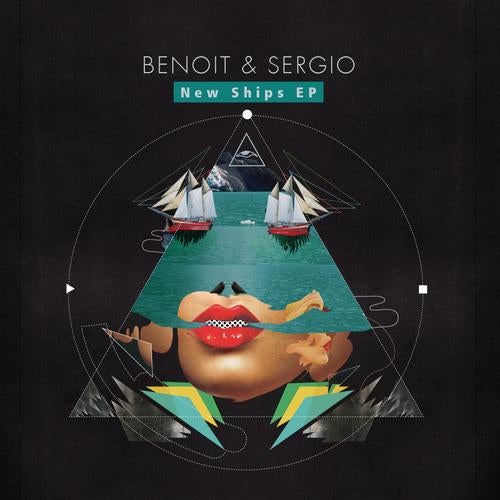 After inaugurating the Visionquest label with the now canonical Where TheFreaks Have No Name--an EP whose A-side anthem, Walk and Talk, inundated the dance music world with a lovelorn soulfulness--Benoit & Sergio return to the throne of Visionquest with New Ships, the more beautiful younger sister to their debut. The opening track to the EP, Lipstick & Lace, bounces along on a rubber-ball bassline and artfully selected percussive details before a dexterous vocal line about unfamiliar places adds a melancholic counterweight to the effervescence of the groove. Truncated piano chords and a mammoth synth hook, which fades into the song's second half, elevate the track into pop magic party-mode. Not In Your Nature follows in the footsteps of Lipstick & Lace, while at the same time, deepening the groove and lyrical content of its predecessor. A canopy of etherealized synths and vocals float above a libidinous bassline, to which are added slices of rhythm guitars that recall the tropical moodiness of Fleetwood Mac's Tango in the Night. On the flip-side, the title track, New Ships tilts on the waves of enormous bass and rollicking Rhodes chords. The echo drenched vocal line--"So many nooses around my neck, as I stare at the sea waiting for the new ships"--provides the emotionally ambiguous anchor to the track, as orchestral strings and high octane arpeggiation tug the cargo toward the night's peak-time