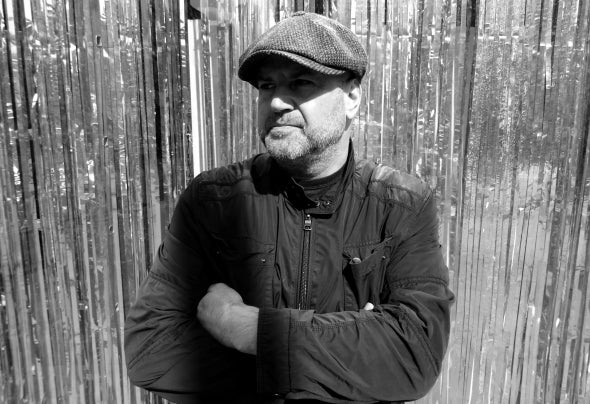 With a career spanning three decades, which began in what many consider to be the birthplace of the British and Techno music scene and the UK’s music mecca, Fac 51 The Hacienda, and a busy UK and international schedule that shows no sign of abating, few of today’s DJs can boast a pedigree like Jon Dasilva, who was recently voted in at #25 in Iconic Magazine reader’s poll of All Time Top 50 DJs. Considered to be Hacienda’s most singular resident DJ, Jon Dasilva was fresh to the scene in '87, nding DJ inspiration in the House and Disco DJs of deepest New York and Chicago, amidst a sea of inuences, from Bowie to Dub Reggae to Kosmische Musik to Disco. His broad musical tastes and ability to work so many genres into proper dance oor action mark Dasilva out as a next level DJ, taking his cues from the greats that inspired him, including Francois Kevorkian, Ron Hardy, Derrick May and L’il Louis. Jon still retains a freshness of approach, and this can be heard in his recent DJ mixes. His penchant for the varied shades of acid, techno and house, as well as his keen nose for sning out the most interesting modern producers, are evident. More recently, Dasilva has forged an ongoing relationship with the London club night, I Love Acid and the club’s promoters, Posthuman, regularly doing back-to-back DJ sets with Posthuman. Rumours of a studio collaboration are not being denied! Joshu Doherty from Posthuman said of Dasilva, ‘Legend is a word used way, way too often, but I think it's fair to say Jon has earned that title. Resident at probably one of the most important clubs in history, literally at the absolute pinnacle of Acid House - 1987 to 1991. But what has surprised me about Jon compared to many others of that era, he continues to play new music, always digging and pushing underground artists...’ I Love Acid won the Best Club Event in DJ Magazine’s “Best Of British” 2019.