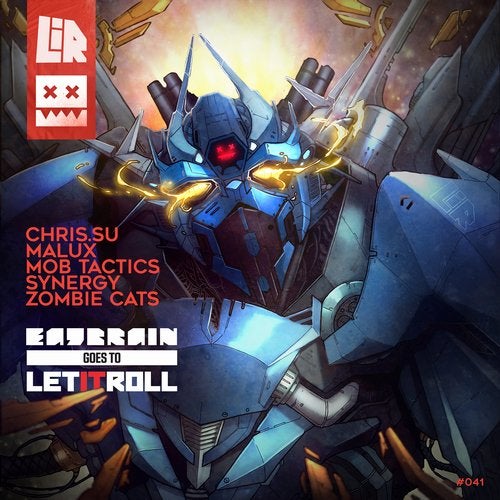 Its hulking form loomed impressively over the landscape with silent menace, intricately laced with the forbidden technology of its inherent design - discrete but powerful audio weaponry blisters in low profile across its chassis. Its journey from the depths of the continent to the crucible of Europe had been arduous, following the densely interwoven fiber stands laid down by the Controller itself, webbed across the hemisphere to gather sonic intel from the core label habitats and to signal the gathering once per cycle at the apogee of solar proximity. With the arrival of that signal, the EATBRAIN cluster had erupted in a frenzy of activity, initiating the activation sequences planned by their greatest minds. An upload of the entire population into the vast mechanism of their creation, a design with the pure objective of sonic decimation at the LIR battle royale. It stood there against the skyline looking down at that sector, the Controller's ship setting down in the dust of the ancient, abandoned military base, the arriving vessel unfurling resonators and speaker stacks primed with off-world mechanisms. Without hesitation the vast Eatbrain mecha issued its sequence of final checks, loading the audio assimilation interface destined to annihilate all below and took a stride towards the awaiting masses. EATBRAIN deliver their second tight package of pure neurofunk energy for the LIR EP, signalling their unwavering intent to deliver an ultimate selection of high-end drum & bass at Europe's largest drum & bass festival. Featuring blinding audio weaponry from neurofunk pioneer CHRIS.SU, the colourful but mighty arena energy of MOB TACTICS and Eatbrain veterans ZOMBIE CATS, alongside fresh but highly significant creators in the form of MALUX and SYNERGY - this is an EP carved out by a label at the top of its game in preparation to deliver an intense night of sonic mayhem of the kind that the label is known and loved for.

Eatbrain Goes To Let It Roll