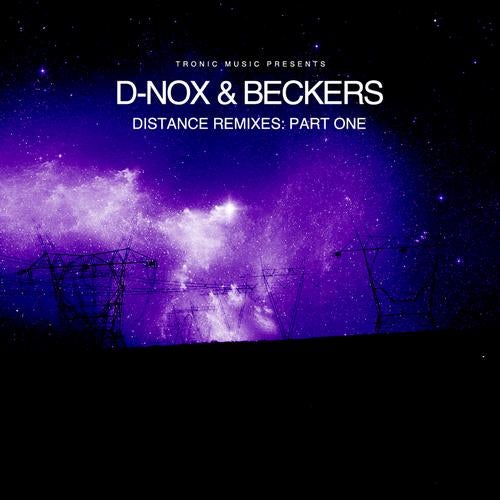 Having released D-Nox & Beckers 'Distance' album in May 2011, Christian Smith's Tronic label have assembled an impressive cast of talent for this two-part remix package which will bridge the label's release schedule as 2011 ends and 2012 begins. Bringing together names from techno, tech house and progressive, this collection of reworks reflects the broad music styling of the original album but also embodies the genre range across which Tronic has come to operate; seamlessly blending deep, tough, melodic and percussive flavours.

'Part One' of the remix package contains a mix of names; many familiar to those who have followed Tronics 2011 releases, some new to the label, all delivering the goods! Having earned their stripes via previous releases, Hermanez (jacking, building tech house), Dosem (big room, melodic tech house) and Wehbba & DJ Anna (bassline hook progressive) have all represented the Tronic roster with pitch perfect, dynamic reworkings that neatly tie in the multi-falvours of the original tracks to the Tronic prevailing sonic template. New comers Dustin Zahn (slamming techno with jazz keys!) and Facundo Mohr (driving, melodic house) on the other hand have added something different to the usual Tronic fare; making the collection all the richer for it.