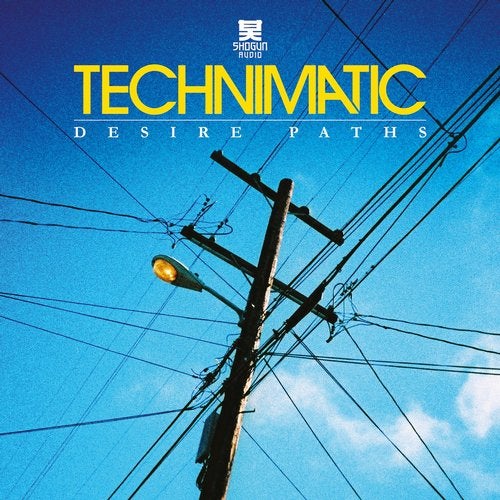 'Desire Paths by very definition are the story of Technimatics Pete Rodgers and Andy Powell. They are the trails created by human endeavour and choices, the route travelled between origin and destination, the reason the duo's enchanting debut solo album is ready to be released for the summer of 2014. Now fully fledged members of the Shogun Audio family, it has been Technimatics unprecedented determination and talent that has seen them carve their own desire paths up until this very moment. Delivering an LP of beautifully hand- crafted, soulful drum & bass music you cant help but wonder where their next journey will take them... Desire Paths. "It's an electronic album that has texture. Something fresh and current, but has a real feeling of nostalgia within it which gives you a flavour of where weve both come from musically and in terms of our normal lives. It's about how we work, what we've had to do to make it happen, and what we hold to be important within our genre." "A desire path is a route between an origin and destination created by footsteps, that often diverges away from the set and preconceived routes set out in daily life. We felt it was a nice metaphor for the journey we are on ourselves, for so long treading the standard route in life but striving to get somewhere else we are truly passionate about." Pete & Andy - Technimatic