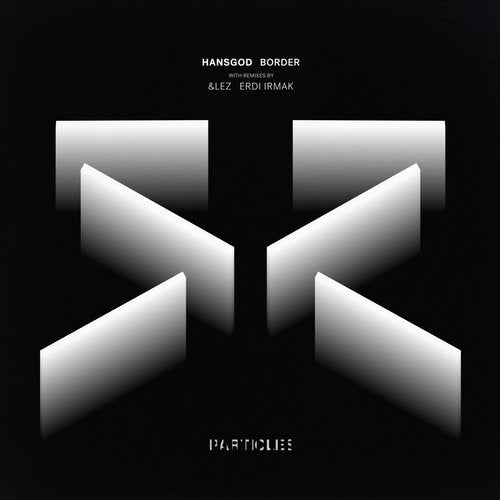 Welcoming new artists to Particles is always a privilege and with Hansgod, the French artist delivers his excellent "Border" EP with remixes from Turkey and Italy.

With a desire to bridge the gap between techno, deep and progressive house, Hansgod delights with a penchant for layered sounds and a broad sonic palette. With music signed to Colorize, Outta Limits and Traum, and support from a raft of heavy-hitters including John Digweed, Robert Babicz and Laurent Garnier, Hansgod now debuts on Particles. The title track is a dynamic and innovative affair as a pounding beat, crisp snare and cleverly spaced bass groove, provide the foundation for stratified layers of sound to build easily across the six-minute track. Arpeggios, bell-chimed motifs and textured pads all combine in a sonic collage while an analogue motif provides a focal point in the second half. "Bucolic" opens with a hypnotic bassline paired with a striking 808-snare and angular percussion before a beautiful chord progression provides an aural link to the title. Gated synths, soft vocal phrasing and a flowing free-form guitar passage keep interest high in the second half to create an intriguing and intelligently worked track.

Operating out of his Istanbul home, a whirlwind of activity since a May 2013 debut has seen Erdi Irmak feature heavily on Particles, not least with his "You're Either Guilty or Not Guilty" album in August 2014. Moreover, the recent "Hidden Arcadia, Vol. 1" on Proton Music showcased a quartet of original tracks of the highest quality. Following on from remixes for the likes of Tuxedo, Sebastian Busto and, most recently, Mio and His Flute, Erdi returns to Particles with an outstanding interpretation of "Border". Crafting a wonderful percussive groove and rich bass groove, Erdi Irmak has transformed Hansgod's work by creating a sublimely textured offering that takes the essential elements of the original and builds upon them. As the bassline builds in intensity, so do a chorus of low frequency oscillated and panned pads before a glissando lead that has its style firmly in Hansgod's original, supplies a moment of pure quality.

From Italo-Albanian heritage, andlez has been involved in the music industry as a DJ and producer for almost two decades. Finding his place in the underground dance scene with a plethora of releases, some 650 production credits can be found alongside the andlez name for a host of impressive imprints that include LW Recordings, Budenzauber and OMENI. Furthermore, February 2019's "Retrocede" showcases a 22-track full-length album of driving minimal rhythms. Making his Particles debut, the andlez interpretation of "Bucolic" is full of the intricate and dynamic rhythms that are symbolic of his work. Building in intensity, vocal cuts from Hansgod's original appear in striking repetition before a filtered arp moves into aural range. As a swathe of motifs and new melodies converge at the mid-point, the second half builds once more in intelligent fashion before reaching a crescendo into the fourth movement.

With cross-border cooperation in full flow, Hansgod can rely on full support from Erdi Irmak and andlez.