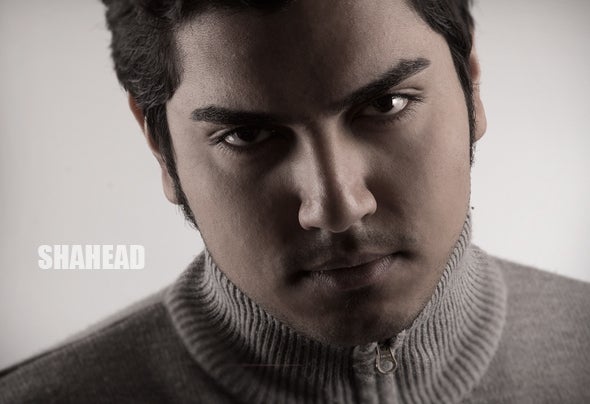 Influenced by his father’s music since birth, Shahead began learning the keyboard when he was only 2 years old. At the age of 7, he was introduced to Jean Michel Jarre’s music. In the following years, he covered Jarre’s entire discography, thus building up a firm background in electronic music.When he was 12, he got to work with his first music software,which resulted in an underground album consisting of 8 tracks which he shared on the internet. Two years later, another unofficial album followed to mark the end of Shahead’s music activities and underground releases in Iran for several years. During this period, he gave himself a comprehensive education in electronic music.Having developed his abilities and a keen interest in trance music, he began working on several tracks with the sole objective of going international in 2011. Simultaneously, he joined a rock band where his contributions have helped produce a type of music with the characteristic violence of rock balanced with the serenity found in trance.Finally, in 2012, Shahead signed a contract with a German label for his first EP album. “This is just the beginning,” he says, “of the long and thrilling journey ahead.”