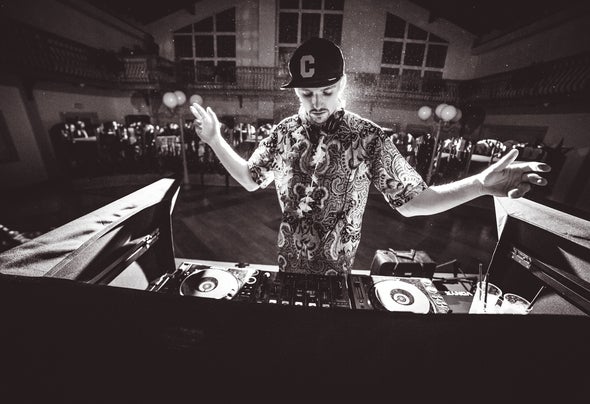 From a young age, Sesentayuno has had music flowing through his veins. Growing up he was heavily influenced by groove, funk & disco music; something easily recognised today in his music productions and track selections alike.An amid promoter, Sesentayuno has always pioneered his music through his nights. From his EQ-8 nights in Ibiza, secret Edinburgh warehouse parties, to his now established brand - GrooversGroovers is a concept keeping with Sesentayuno's style of music, very percussive and musical. A big follower of the Music On sound which he has moulded with his own to drive the sound of Groovers.A true DJ, Sesentayuno has a very eclectic track selection, well balancing his sets with long transitions, holding tracks on filters to keep the crowd constantly on their toes waiting to receive their beloved bass back.His passion and dedication finds him in the studio most of the time, his first track signing being less than a year after first starting to ever produce electronically. His style and sound has progressed, with recent EP's working their way into the international spotlight - being supported by Marco Carola, Paco Osuna, Richie Hawtin, Joseph Capriati & more.