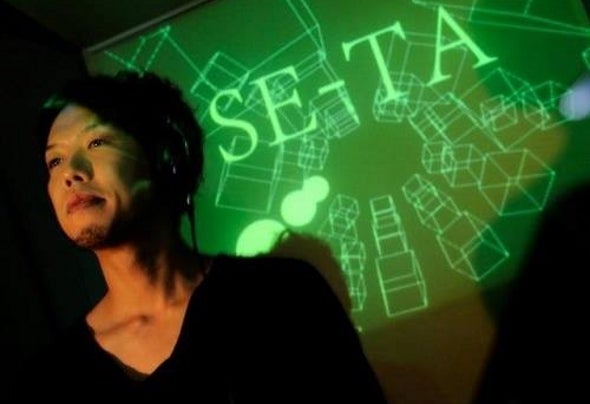 SE-TA is Japanese Techno Artist , DJ & Organizer. His highly “addictive” play jacks the floor to the spiral of craze and inculcate the party people. His play with a vision looking at the world attracts him and drives him to a high demand. SE-TA has been invited as a guest Dj to play amongst big name Djs both domestic and internationally at various clubs in Tokyo, other cities in Japan, And track is through his achievement he had claimed high appraisal from both in and out of Japan. SE-TA is organizes with the support of artists who had joined the party such as Speedy. J, GARY BECK, BECKERS, Mark Broom, Gabriel Ananda, Dj TONIO, and Japanese artists such as KENISHII, Q'hey, A. Mochi, HIDEO KOBAYASHI, YAMA, DJ Sodeyama, Dr. Shingo had helped him reclaim his techno roots. It is now certain that he is one of the artists who will create next generation of the Techno scene and acknowledged DJ/Producer/Organizer who needs to be watched out!!! Also his work as a Producer on Labels like B urnzzzz Records ,Bleack Pearl Music , Fish Records , FLU Records , Feierkind Rec. , TC Recordings & Oxytech Records becomes more and more notice in the Technoscene around the World !