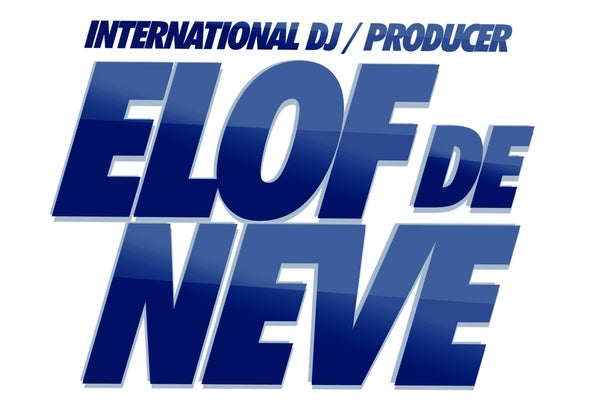 Elof de Neve, deejay & producer, is the rising star in gay nightlife. Known for his full oor energy with massive uplifting circuit house music, that brings the audience to a higher level. A complete history would take too long, but just a few highlights...At the beginning of the century Elof de Neve was known for playing at the top straight clubs in Belgium. Peaking in 2005 with his performance at the rst edition of Sensation White in Belgium. A fully crowded Sportpaleis with 25.000 dressed-in-white party people, the biggest you can get in a small country like Belgium. The beginning of Tomorrowland in 2006 took a massive step up, including an awesome performance of Elof de Neve at the main stage. So he retuned for the next year and the year after that. From 2009 till 2015, Elof de Neve became the main resident deejay for the ‘coolest gay dance club in the world’ (according to the NY Times). A placed called Red & Blue, located in Antwerpen (Belgium). Quickly Elof de Neve is asked to be a guest deejay at many gay parties, events & clubs worldwide. Big brands like Matinée Amsterdam, Matinée Paris, Propaganda and ES Collection embrace the sound of Elof de Neve. Owning two record labels, Ureshii Records & Festibalazo Records, makes sure that new and refreshing music hits the music industry.