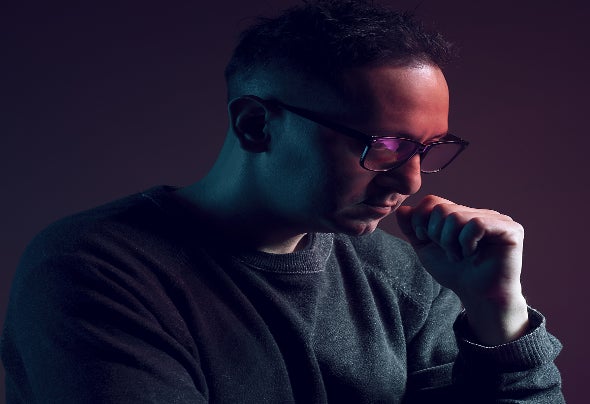 Bio & Info The global electronic scene has generated a generation of Artists with Identity, Alex Efe is in that nomination as a DJ / Producer in constant growth . His musical influences within Rock, Synth Pop & Wave have led him to create a characteristic sound, in addition to transmitting in each session, his experience and musical knowledge of him, where the public appreciates and stands out. His music has been released on labels like Electronic Groove, Faraway Scope, Transensations Records, Melodic Beats, Box4Joy, Droid 9, SLC-6 Music, AH Digital, Ekabeats Music, Nube Music, BBR Records, With the support of important references such as Hernán Cattaneo, Sahar Z, Emi Galvan, Cream, Ricky Ryan, Nishan Lee, Baunder, Mariano Mellino, Darin Epsilon, Simply City, Nick Warren, Ezequiel Arias, Aluria, Marcelo Vasami, Fernando Goraieb, Lucas Rossi, Christ Malvin, among others, that will surely bring more opportunities on the global scene. On his upward trajectory, he had the opportunity to appear in various countries of the region, with great expectations of traveling around the planet. He is currently on the FP Beats Agency Artist roster alongside artists such as Analog Jungs, Norman H, Gustin, Juan Pablo Torrez, Ewan Rill, Nishan Lee, Cream. In his country of him, he is considered one of the main exponents of the Progressive House genre, participating in the main clubs & festivals; He co-Owner with his friend and colleague Diego Berrondo of Clubbing MVD & Progressive House Uruguay. His eclectic and versatile style allows him to venture into different soundscapes, with the freedom of not being framed in a unique style, this one of the main attributes of him as a DJ. For booking send to: www, fpbetas.com - bookings@fpbeats.com linktr.ee/AlexEfe