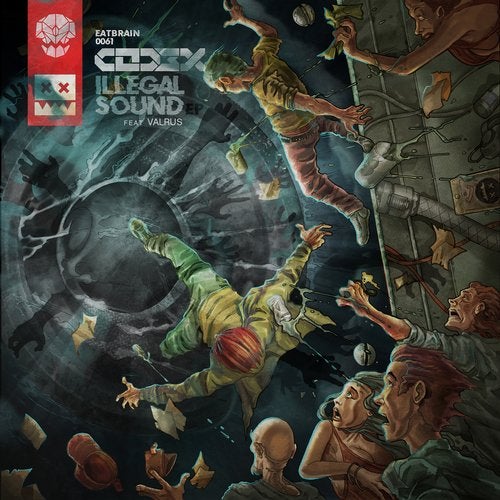 The pathways of the vault reached deep into the earth, their contents hidden away from the citizens of the surface - the living - oblivious to the enigmatic codex of ever-shifting sound that modulated within. Frequencies never perceived by any still living being undulated in the darkness, refracting and fragmenting against the walls of their prison. The source was unspeakable, the existence of such a device was to be explicitly denied to the few on the periphery of the project, for the tones it produced were known to affect those who heard them with an equally enigmatic array of symptoms. The compulsions wrought from its constant and incomprehensible auditory alterations had grasped at the very core of the test-subjects' souls, piercing the fabric of their minds and spilling their sanity across the walls of the chamber. Every conceivable test beyond the borders of morality had been performed to discern the nature of the infernal machine, but reason hesitated at the edge of the madness that emanated from the sonic maelstrom at its core. All had failed in the face of that ever-changing maw. The device was locked away, buried, forgotten, expunged from any and all official discussion. But an echo remained, holding on to a whisper in the subtlety of a rumour, produced not by the the codex itself, but across the tongues of the very few at the fringes of the project, tantalized by the tales of sounds so deviant as to have been buried, cast as illegal. The whisper grew and spread, a hidden frequency reverberating throughout the people, its resonance growl increasing in intensity, driving all to distraction. The populace began its search, feverishly scouring the streets and the city outskirts, the machine's call echoing and answering as they closed in on the source? enticing them as a siren with languid promises otherworldly experience. In time, before the vast sealed entry to the forgotten crypt of the codex, a mass of supplicants surged in unison at the gateway. Ravenous, single-minded, they hurled themselves at the structure, lost in the desire to be overwhelmed, drowned in the illegal audio within. As the prison wall ruptured, the machine erupted with a vast, resounding wail, tearing at its new worshippers with sonic claws forged from pure terror, wrapped in the souls of those prior who had suffered the same fate. The acolytes were thrown backwards, faces drained in horror at the momentary comprehension of the malevolent mechanical deity they had released. Their minds were pillaged of their thoughts, brainwaves seized and entwined within the codex's power as its sonics penetrated and passed through them with vicious, unstoppable force.