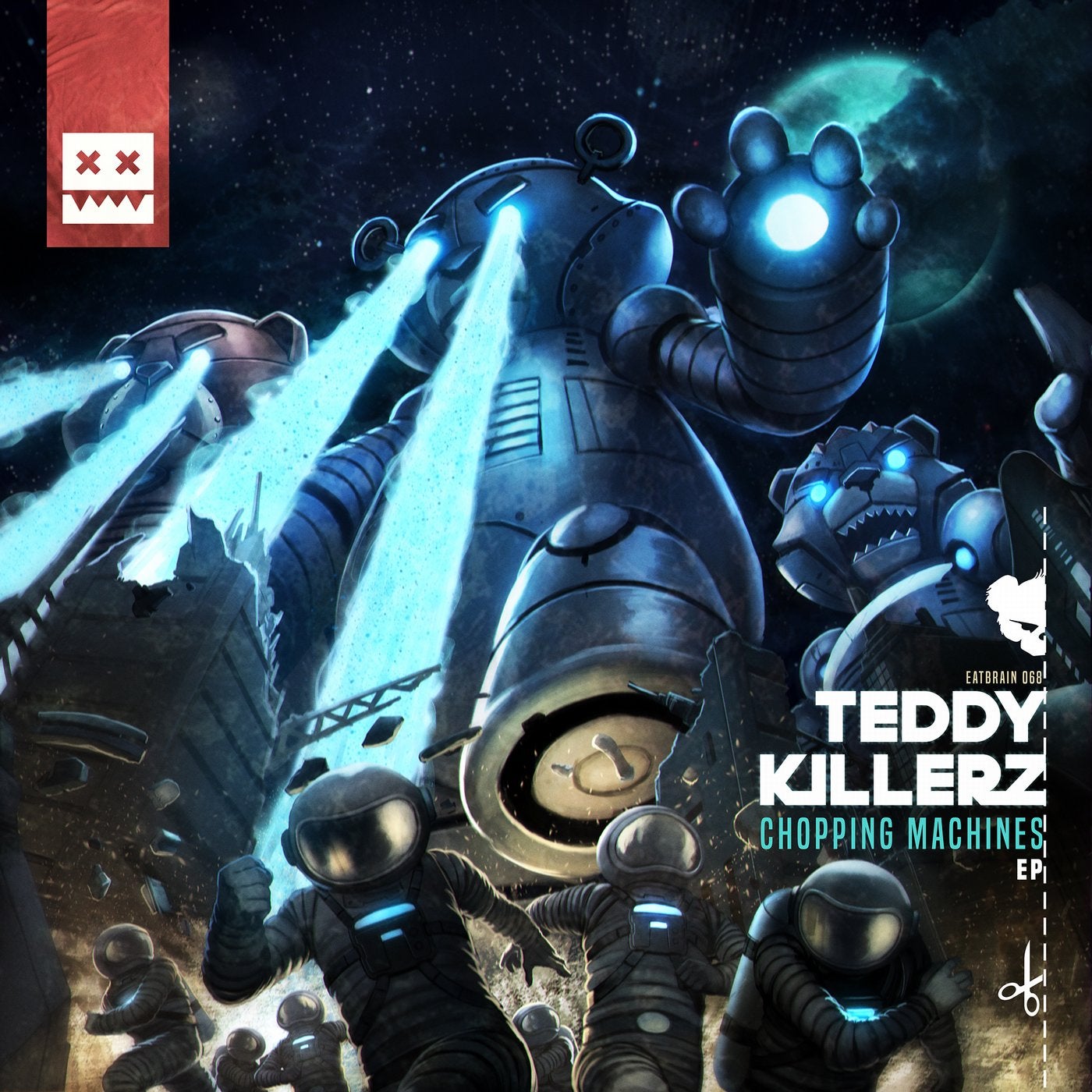 They had drifted through the depths of space for an eternity, a trio of titanic constructions forged upon the surface of a faraway planet. The vast expanse through which they floated was to be their final resting place, the only prison that could contain their colossal strength. Their towering forms were shaped in the image of the most feared predators of their homeworld, hulking chasis of metal with a visage of primal power. Though they appeared to sleep within the infinite blackness of space, an extensive network of sensors worked constantly within their cores, searching constantly for the signs of life that would allow their mechanical hosts to continue their prime directive. As they passed an yet another planetary system, their constant toil bore fruit, detecting life upon an otherwise barren orbital body. In an instant, the massive machines were revitalized by the signals that coursed within them. From their forms shone with a brilliant cyan hue, granting them the appearance of a falling star as they descended towards the surface below. The automatons stood silently upon landing, monolithic in their stature which dwarfed that of the colony below. Panicked rumors spread quickly throughout the colony's inhabitants as all attempted to guess what had brought the titans to this world. As these rumors spread, so too did a sound, one new to the surface of this world. Beginning as a diminutive hum, its strength steadily increased until it began to shake the foundations of the settlement and the will of those within before ceasing in a single instant, allowing just enough respite to consider its function. Then burst forth the full fury of the trio, as from their eyes shot forth photon rays which sliced through the colony on a razor's edge, cleaving its buildings in twain. In the low gravity present upon the planetoid the rubble created by their conquest hung in the air, oddly still in contrast to the ensuing chaos. The titans lumbered forwards through this maze of destruction, accompanying their lethal lightshow with the weight of their booming steps in pursuit of the masses who fled beneath them. A frantic scramble had begun amongst the colonists, as each rushed without care for any other towards the nearest planetary shuttles, only to see them atomized in turn by the rays which swept through the city. The titans let none escape their gaze as they pursued their programming with relentless efficiency, razing the once burgeoning colony to a mere layer of ash upon the surface of the planetoid.. As they targeted the final structure left standing, their sensors picked up an outbound signal transmitted from within. A single weak voice echoed a refrain they had heard before, a descriptive combination based upon their ursine appearance and murderous methodology. 'They're TEDDY KILLERZ? the voice shrieked into the transmitter, ?and they can't be stopped!? The TEDDY KILLERZ make their return to the EATBRAIN with the release of the CHOPPING MACHINES EP, following the impactful release of their earlier HELLBLADE EP on the label. DROP IT struts out of the gate with a bombastic neurofunk beat, whilst the title track CHOPPING MACHINES slices samples and basses with a flurry of sharp edged c