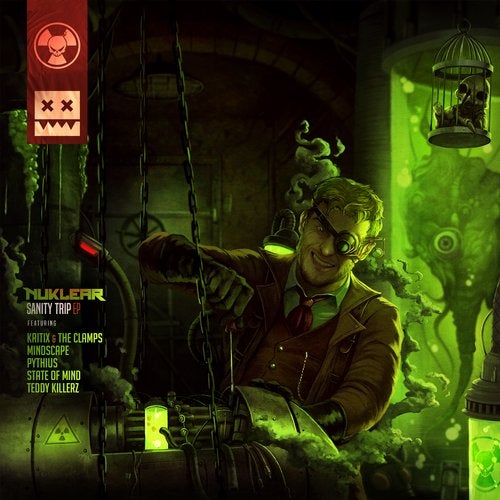 Amidst a vast lattice of cable & wire, a sole individual worked with inhuman fervor at his craft, bearing forth a constant flow of invention unto the dismal depths of his laboratory. He had sequestered himself here in this catacomb of creation with single-minded purpose, devoted entirely to a code of his own as he endeavored towards all that had not been done before. Without thought for life or limb he set himself frantically to his craft. Before him, every vial was an opportunity, every electrical surge a moment of bliss, and every elemental synthesis a pathway forwards into the unknown. For weeks, months, and even years the individual worked at a feverish pace, a hermit within an ever growing den of discarded reagents and the husks of former inventions repurposed for a greater cause. For all of his creations, such time alone had begun to take its toll upon the man, and as it marched on new thoughts came to his mind. ?Escape....? came first, ?I must show them the way? then came second, bearing upon him with an inescapable force. With his frenzy now turned outwards the inventor burst forth from the doors of his laboratory, clutching a variety of inventions in his grasp. Bathed in the light of the world beyond, the inventor sprinted into the street, shouting of his miracles as his SANITY TRIP drove his feet. NUKLEAR debuts his first full artist EP on EATBRAIN with SANITY TRIP. Long known as a premiere MC within the neurofunk scene, NUKLEAR has appeared on multiple collaborations across EATBRAIN as well as RAM Records, Virus, and Viper. In bringing together many influences such as the heavy metal sonics of WHIPLASH, SANITY TRIP sees NUKLEAR bring the focus firmly to his own dynamic lyrical abilities across five tracks with an equally diverse lineup of co-conspirators including MINDSCAPE, PYTHIUS, STATE OF MIND, TEDDY KILLERZ, THE CLAMPS, & KRITIX.