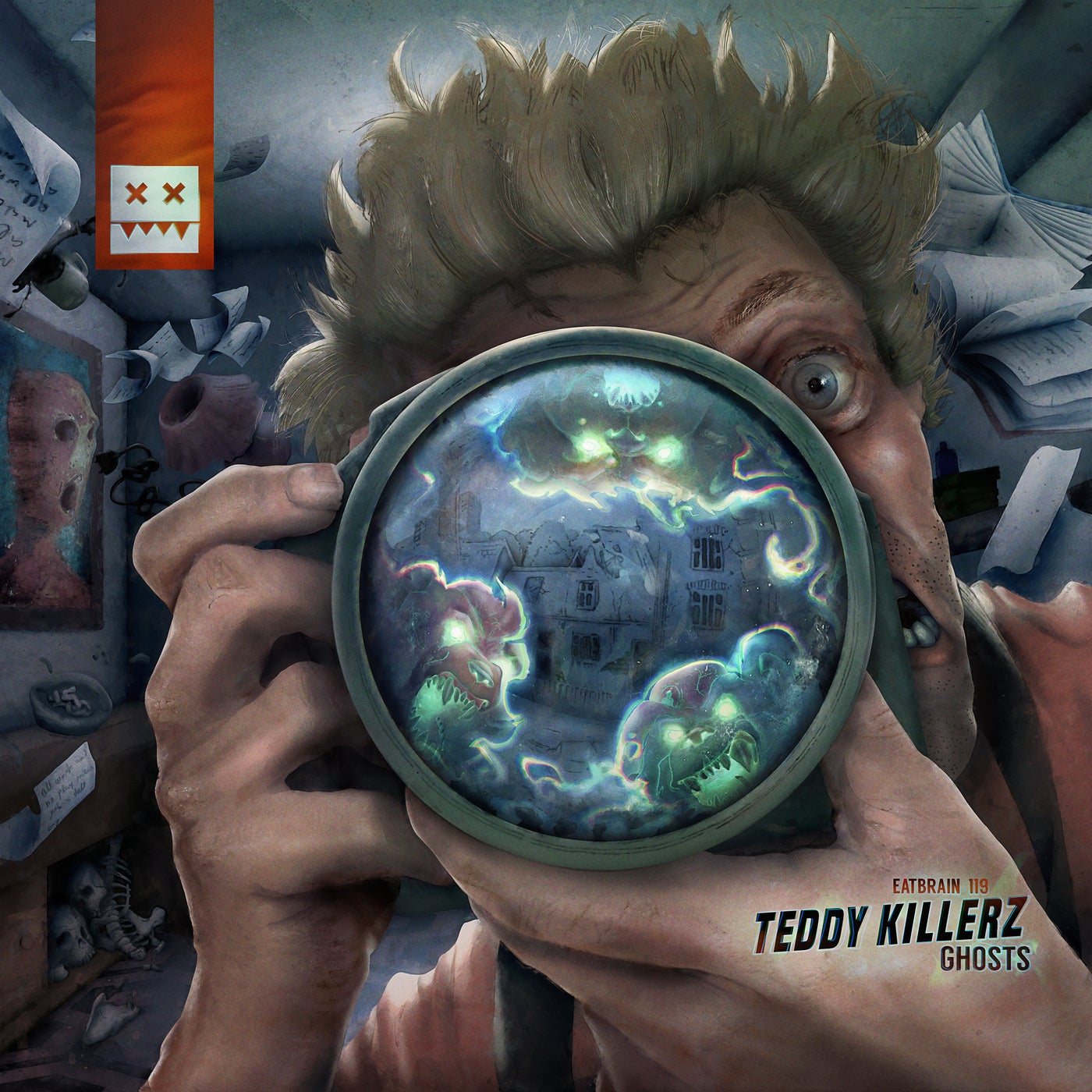 He'd seen them, glowing eyes in the windows, shadows that flitted about the grounds, shutters and doors that created unnatural rhythms in the whistling wind. He knew there was something in that old manor, but none else believed him. The time of ghosts and ghouls was long past they said, and such stories were bogeymen used only to keep nearby children away from the condemned property. They insisted, but he knew better. He'd venture in, where none had gone in living memory, and obtain the proof to make his words ring true. He was no crazed man, no, he saw what was truly there.

Armed with camera and wit alone, he dared tread across the estate, treading the worn stone pathways of its garden towards the set of great oaken doors that were its maw. To his surprise, they open almost effortlessly, as though he was meant to enter, as though the house had been expecting a visitor. They closed not only effortlessly but somehow more quickly too, but the man did not fear; this was only the first of many grains of truth to be gathered from this place where non else dared enter. As he ventured further inwards, the walls seemed to warp to greet him, a wave undulating through their construction that moved at precisely his pace. The pictures that hung on the walls warped too, transforming into uncanny visages of the humanoid figures that seemed almost imprisoned within. Deeper and deeper into the manor he went, documenting these strange occurrences with such diligence that he nearly failed to note that he had re-emerged into the manor's great hall, despite never turning from the course that had lead him from it some time ago. As he looked up from his shutter, there before him was a horrific form, a melding of beast and man within an otherworldly miasma that seemed to sap all of the heat from his bones. The though horrified, the man's face contorted itself into a grin, as the evidence he sought lay here before him. With not a thought for what might follow, the man's finger triggered the shutter, capturing the form of what he had known to exist for so long. Elated, he turned to leave the mansion but ran up against a barrier of invisible force, the lens of the camera that now lay on the floor and the tomb that he too was now captured within.

TEDDY KILLERZ bring their latest single to EATBRAIN with GHOSTS//FINAL BOSS, the latest in the ursine trio's unstoppable rampage throughout the Neurofunk scene. Within, they deliver another dose of their horror-influenced sound with bass drum bombardments, electrified arpeggios, and earsplitting baselines alike, which morph the EATBRAIN horde into sonic manifestations of fear.