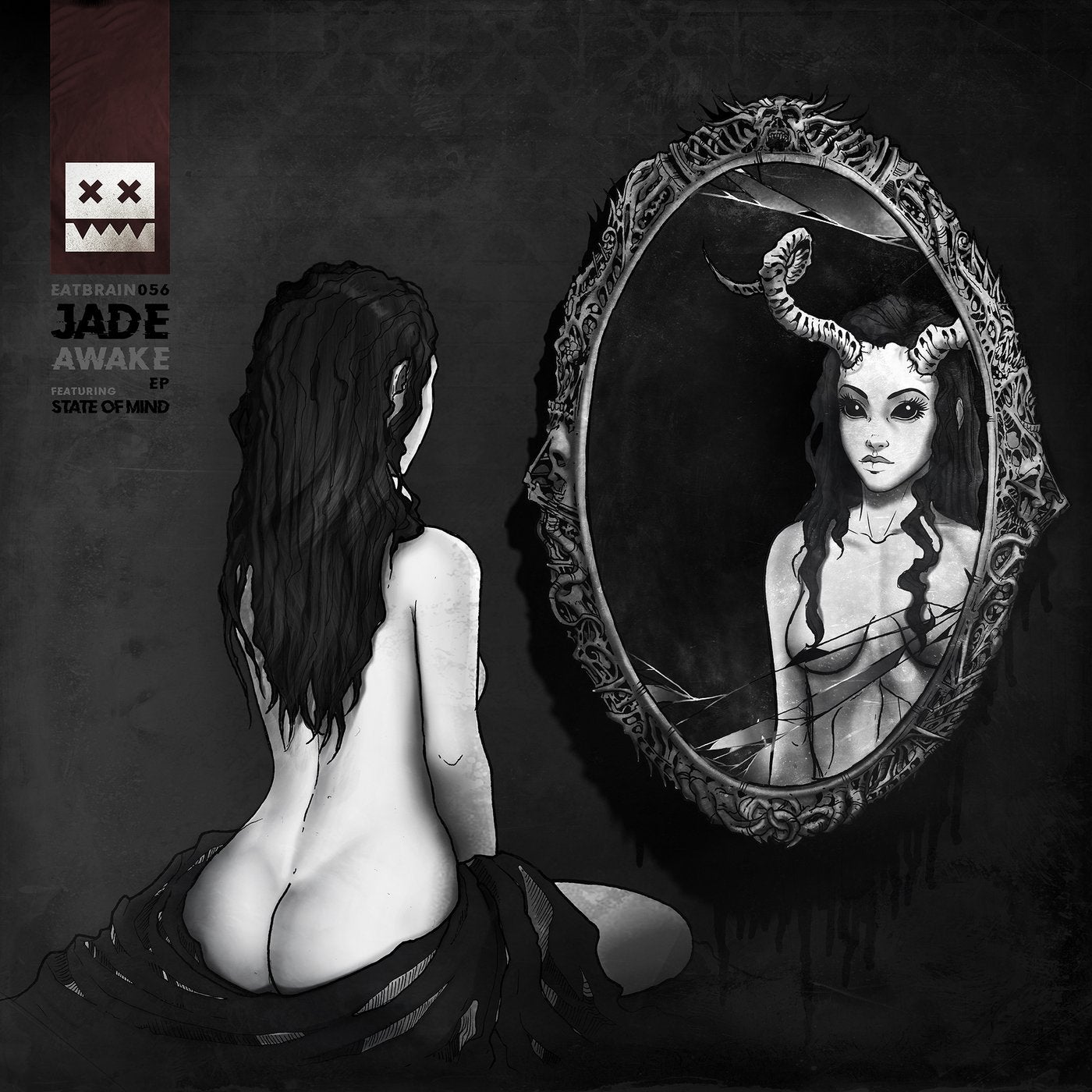 She watched with endless eyes, the deep, black wells of the infinite void staring back at her. Undulating in subtle and almost imperceptible fluid motion under her gaze in pure smooth darkness, freckled with imperfections that morphed into intricately delicious fractal forms. Moments passed, stacked in the lattice of forever? she could have counted them at first, but the spiral form of her conscious mind was lost to the reflection, her mind smeared across the boundaries of time evenly in a permanent state of heightened alertness. The eye of the mirror held her, so simple in its intricate construction, yet nothing like it existed elsewhere in the world. Its immaculate surface was flawless, holding the power to reflect an unimaginable, infinite scale of perfection, rendering even the most imperfect of things pure by its touch. She had dwelled in front of it for countless days, at first clothed as she lost herself in her own eyes and under the gaze of the twisted, malevolent entities that adorned its edges, but the desire to reveal herself was beyond compelling. It saw her in a way that she had never seen herself. She had stripped away the layers of fabric, fighting back the claws of madness as she had to tear away her eyes to remove the garments, diving deeply back into the dark and utterly beautiful voids of those eyes that started back at her as she locked its gaze once more. She sat upright, opening her consciousness further, fully revealing her mind and body to its unblinking eye, reaching out with the deepest part of herself in connection. It reached back? the chill of the jolt ran through her from the center of her forehead down through her spine, spreading across her skin with a deep malevolence. Before her the vision that gazed back changed sharply, as the image of her double twisted vile into disfigured beauty. Her mind erupted across itself, as the very mirror encouraged it? spilling with unimaginable flow from within and painting a deep delusion on the collage of her body and soul. She was AWAKE.

EATBRAIN bossman JADE goes deep into the tech wasteland with a powerful solo EP ? AWAKE ? featuring 4 tracks of the kind of devastating power that fans should expect from one of the leading figureheads of the current drum and bass generation. Exploring a range of vibes from the haunted playful sci fi of AWAKE, the flexout future-rave of HIGHLANDER, the poised and timeless NOT SAFE and the legendary track that has inspired a wave of slower tempo chunky tech with MELD (Man Eating Lizard Dragon), the AWAKE EP delivers a 4 tiered carnival of carnage. Essential listening for true fans of one of the genre's most rapidly progressing labels, with a release that manifests its figurehead's vision.