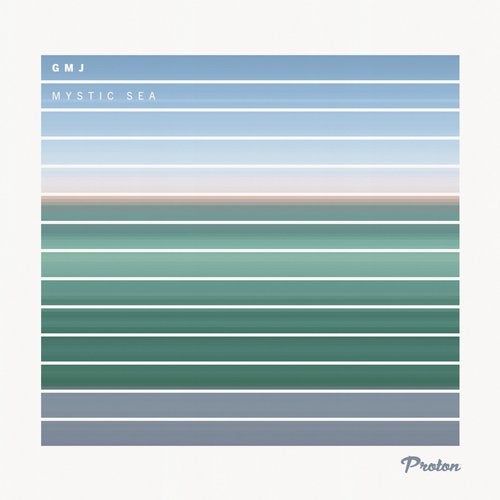 Exclusive
An established force in the world of underground dance, GMJ continues to combine hard work and talent with incredible results, fully illustrated in his new "Mystic Sea" EP for Proton Music.

Calling Melbourne home on the country's south-eastern coast, Gavin Griffin is a musical tour de force. Through his GMJ moniker, the Australian artist has continued to find himself at the forefront of his home city's musical scene by playing headline sets at the likes of the globally renowned "Rainbow Serpent" festival alongside fellow Melbourne resident, Matter. International performances in London and Amsterdam Dance event 2019 have continued to cement a rapidly rising reputation.

Contemporaneously, a production career has blossomed with "an innate passion for deep emotive electronic music" that has witnessed over 300 production credits in both solo and collaborative production guise for some of the finest modern imprints including: Balkan Connection, Sudbeat Music and Cid Inc.'s Replug. Moreover, the twin-track, "Emerge" EP saw GMJ combine forces with Matter and FunkForm for a debut appearance on the renowned Balance imprint in November 2019.

A regular on Particles with a host of original and remix production material, 2014's "Edge of Remembrance" and "Forgotten Wisdom" EPs opened the door into GMJ's musical soul before going on to release the "Sovereign Reality" and "Catharsis" EP on the flagship label in October 2017 and May 2019. Furthermore, the "Superposition", "Osmosis" and "Interscope" offerings between 2016 and 2019 shone a bright light on his symbiotic partnership with Matter, while a March 2018 interlude with Hungarian star, East Café, bore fruit with "22".

Now returning to Proton Music, "Mystic Sea" is an immaculately crafted title track that combines cavernous club kick with a ticking percussive top line and huge grooved bassline as a perfect foundation for opulently textured pads to rise and fall in waves of modulated and gated syncopation. Effortlessly moving forward, a richly sustained and rasping bassline progression adds further dynamism before a sublime lead line hits the foreground with spine-tingling precision at the mid-point. Extending hypnotically into the third movement, a storm of textures and rhythmic interplay create an ocean of sound.

"Another Life" continues the rich musical narrative as vocal pads ripple across the upper mid-range in lengthy pulsating delays. A chunky rhythmic framework provides ample dancefloor character alongside a subterranean bassline phrase as a sublime melodic motif gradually filters into sonic range in a breakdown of dizzying percussive effects. As hypnotic as it is beautiful the track evolves majestically over its seven-and-a-half-minute voyage.