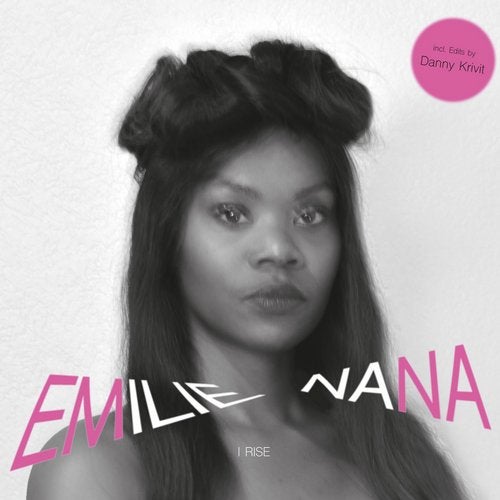 A year after the release of her brilliant debut album THE MEETING LEGACY, Emilie Nana returns to the front of the scene with a stunning new single, reciting the poem Still I Rise by American poet, author and civil rights activist, Maya Angelou in her very own, personal way.

I RISE is the reflection of Emilie Nanas hatching and metamorphosis. With this record she makes us to witness her transformation from a state of chrysalide to butterfly. I RISE is the synonym for self assertion, as a determined african black woman and an ode to inspiring women, throwing in their energy in order to transform themselves.

Emilie Nana will bring you up! Her levitating voice, almost whispered, will overwhelm you. She will bewitch you like a great priestess whereas the musical backing is deep, hypnotic and steady tones. I RISE is a denunciation, Emilie Nana claims! It is not only about a meditation but truly well a declamation. She clearly address to the oppressor. She speaks whit great assurance! She answers to decades of mistreatment. She is a black woman whos expressing herself proudly. A strongly personal music!

A sentiment that is also shared by New Yorks seminal DJ and producer Danny Krivit: Emilie Nana has a lot to say with her music... and her lyrics... Her latest single, I Rise is a wonderful example of both. The opportunity working with a personality that gathers all ethnic origins together throughout his life like Danny Krivit, a true legend whose edit works are beyond classics, whose role as a mastermindin NYC nightlife is untouchable and whose performing for more than 45 years at the forefront of the international dance music scene is like a gift for Emilie Nana now having the Danny Krivit Vocal Dub Edit and Beatapella versions on her own record. Both drawn, carefully edited and immortalized with Danny Krivits magic touch!
(words by Marie-Belle Kambila, CH)

Emilie Nana on the poem Still I Rise by Maya Angelou:
''The poem Still I Rise by Maya Angelou is one of the indelible of our greatest matriarchal civilizations, one of the surviving forces of perpetual attempts to erase and expropriate the black culture of the world learned, pacifist, resistant and autonomous. The historical context of this writing has no place here, it is even beyond the anatomy, I emphasize the meeting with the ancestral forces that even after deterritorialization keep a symbiosis with those who made the greatness of Africa, earth of the world, queens, prophetesses, warriors, goddesses, scientists, teachers, icons; The African woman."