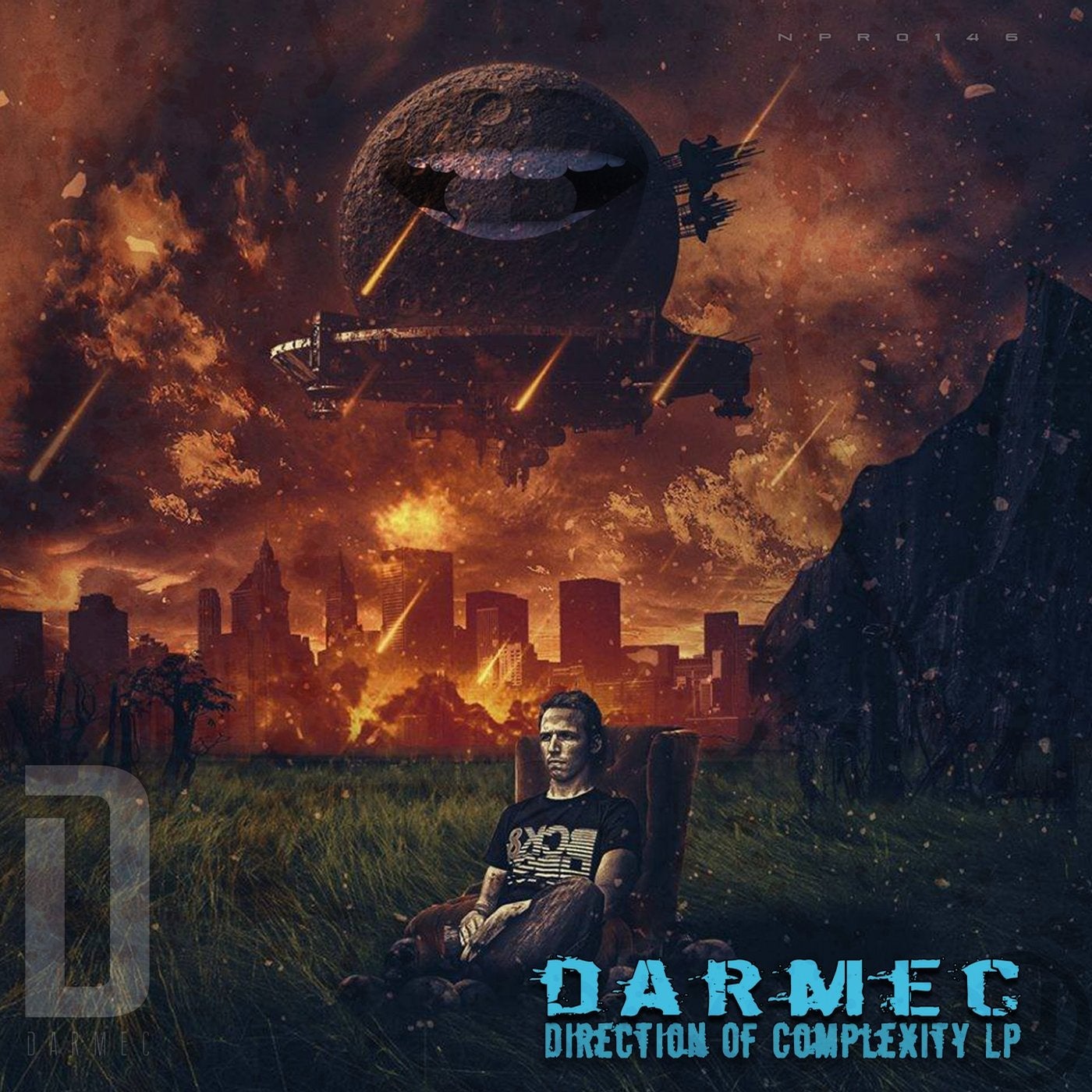 Over a year in the making, Darmec returns to Naughty Pills Records in style with his long-anticipated landmark first artist album. Exposing the inner workings of his mind, Darmec takes us on a journey in the form of 12 high-quality techno tracks; showcasing his love of a number of sub-genres such as dark, minimal and even progressive.
Each track has its own personality but never strays far from Darmec's signature sound - driving kick-bass, rhythmic tech percussion and deep atmospherics.
Direction Of Complexity stands out in the fast-paced digital market of modern techno, and delivers the very best of this young & talented producer.

Intro - Building anticipation of what is to come, Darmec provides the perfect introduction to his album with this deep & dark hypnotic tool.
Steam - Kicking off the techno in true Darmec style, this headbanger captures the essence of the pure dark techno clubs of Europe. Creeping percussion and big-room atmospherics feature to complete a must-have dark-room techno hit.
Malleable Conscience - Continuing with his recent high-level of production quality, Darmec provides a high-tempo techno roller which features intrinsic percussion and modern techno synths.
Opabinia - The track that perhaps showcases Darmec's preferred style of techno, Opabinia contains addictive, crunchy and complex percussion and snare patterns that come together to produce a massive peak-time crowd-pleaser.
Drawing Blanks - Keeping up with the high-octane start to the album, this track combines dark eerie atmospherics, female vocals and relentless bass to produce another solid dark-room tune.
Relic - Presenting his more minimal side, Darmec produces a heavy-weighted track to test out those subs, while keeping up with the percussive features of the album.
Escape Velocity - Delving back into the darkness, this tune reflects the original dark-side of Darmec - massive atmospherics undercut by the signature hard bassline.
Gears - This straight techno roller signals a shift of sound in Direction of Complexity, groovy hat patterns and crystal-like chimes keep the rhythm faultless throughout.
Extremal - The dark, driving bass line of this track dominates throughout, layered with techy percussion & hats; hypnotic vocals and piercing synth that will appeal to any true techno fan.
Albatross - Demonstrating his diversity, Darmec combines atmospheric pads and euphoric strings with his familiar driving beats to produce a wonderfully sculpted piece of techno.
Epos - Also showcasing the versatility and wide spectrum of Darmec's musical pallet, Epos takes you on a 10-minute journey of euphoria and relentless rolling techno; captivating builds and huge drops combined with addictive synth and strings; culminating in a top class piece of music.
Epos (Relentless Club Mix) - Living up to its name, this re-work of Epos puts the euphoria to one side and delivers the raw, crunchy tech framework of the original with some fine additions. This unstoppable techno track is a fitting final piece to the carefully crafted puzzle that is Direction of Complexity.