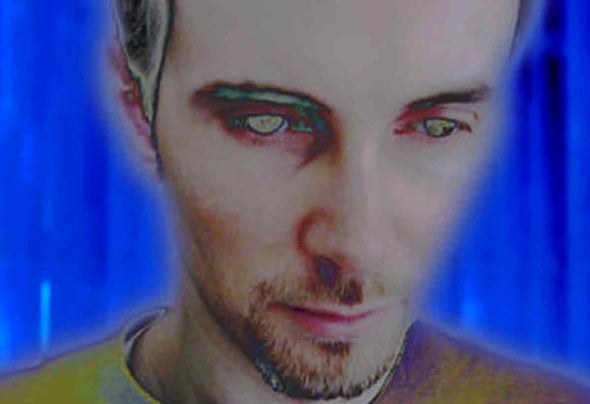 Weened on warm tea, Led Zep and Thin Lizzy, the weird one was maybe an unlikely candidate to start writing tunes for the world of dance music. But once those beeps and boings of early techno started to seep into his head, that was it. Tuning into Colin Favour and Colin Dale became a must. Listening to DJ mates playing sets at all nighters in the Brixton arches, and going to nights such as Pendragon and Escape to Samsara, the weird one became hooked (line and sinker) on the tougher sounds of the dance scene. As soon as an Akai S3000 could be purchased (same price as a car in them days), spending time delving into the world of noises and notes became an obsession. Who needed food when there was new kit to buy! Slowly the sonic armoury took shape… the flagship noise-maker being the mighty Roland JP-8000. On sequencing duty, an Atari 1040 running Cubase in black and white, with everything saved to floppy disc – I kid you not. Other gear at that time included a Mackie SR32 desk, Novation bass station, Access Virus, Yamaha RM50 drum rack, Waldorf Pulse and some outboard including a Zoom Studio 1204 and a Boss DS1 – you gotta have a fuzzbox! FINDING TINRIB After a couple of early collabs and releases under different names, the weird one spied on the cover of WAX mag a remix competition from a label called Tinrib. Liking what he heard (he didn’t know hoovers could sound so good), a demo cassette – I’ll explain later young people! – was duly despatched, and a few days later the Captain made contact. A trip to Tinrib Towers at the Fortress followed, where Jon worked his magic to arrange and master what became Weirdo’s first release, Curva Peligrosa. An alliance in the pursuit of tough trance hoover heaven was forged that continues to this day. Two artist albums, masterfully mixed by the Captain, and a raft of single releases and remixes followed.