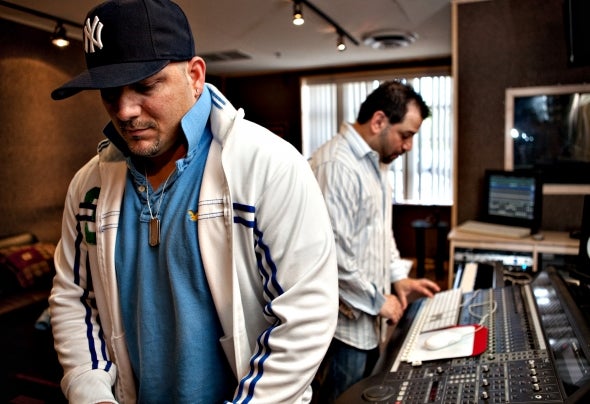 Grammy-nominated DJ Mike Rizzo has energy to burn.And for the club crowd, that is music to their ears. One of the most coveted remixers and producers in today’s dance- music scene, Mike puts his boundless energy directly into his music, stirring up energetic and fun progressive-house grooves and launching eager dance floors worldwide with his catchy hooks. Through soaring pop and electronica melodies punctuated with unexpected twists and turns and an underlying bass you can feel in your soul, when Mike grabs hold of a song, the dance world listens.Hailing from New Jersey, Mike has 20 years of making music and more than 40 No. 1 tracks on the Billboard dance/club charts to his name. Working with Top 40, house and Euro styles, Mike has remixed more than 200 songs to date. His career was sent surging in 2011 when he was nominated for a Grammy for Best Remixed Recording, Non-Classical for “Orpheus (Quiet Carnival)” by Latin-jazz artist Sergio Mendes. He has remixed many of the world’s biggest artists, leaving his mark on the music of Beyonce, Whitney Houston, Akon, Britney Spears and Taio Cruz, to name a few.Mike fell in love with the clubs as a teen. By the age of 16 he was already commanding attention, DJing house parties and teen clubs. He worked his connections to get his mix tapes to the owners of all the hot night spots. Mike broke through when he decided to mix “Stranger in My House,” by then unknown R&B artist Tamia. The track became an instant radio and club hit in 2001, becoming the No. 1 played song on rhythm stations in the U.S.In 2009 he dropped what is widely considered his catchiest remix to date, Beyonce Knowles’ “Sweet Dreams,” whichwas catapulted to No. 1 on the Billboard charts. More No. 1 hits followed with Whitney Houston’s “Try It On My Own,” Britney Spears’ “Womanizer” and Jennifer Green’s “How Can I Be Falling” – a song he co-wrote and produced. Two of his dance-mix CDs – Trance Nation America T hree and Webster Hall Dance Volume 6 – landed on Billboard’s Top 20 chart. His album ThriveMix01 hit No. 5 and has sold more than 75,000 units to date.With two record labels (Funk Generation Music and Global Groove Entertainment) and a remix radio show in the U.S., Mike shows no signs of slowing down, and more projects await. Up next is an exciting collaboration with Canadian singer Gali, among other European and North American releases under Ryal Music.