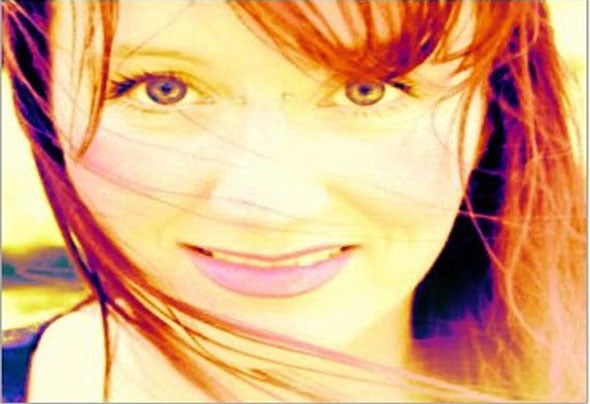 Scottish Singer/Songwriter, Michelle Hutcheson, developed a passion for music at a very young age. One of her earliest memories is of receiving a little red toy piano for Christmas. And from there the journey began.Michelle is trained on both the french horn and tenor horn and is a self-taught pianist who wrote her first song at age 11, inspired by Beethoven’s ‘Moonlight Sonata’. She also performed in jazz and brass bands in her formative years. Her love of trance music is enhanced due to the classical influences which prevail. Coupled with the fact that Michelle’s voice has been described as ‘haunting’, ‘captivating’ and ‘entrancing’; it’s no surprise that her greatest love affair is with vocaltrance.Michelle began vocal t raining at age 16; around t he same time that she was noticed by an up-and-coming elect ronic dance band and became t heir lead dancer and singer/songwriter, performing in front of crowds of up to 11,000 people. She then progressed to operating several record labels throughout the 90s, when she established her working relationship with her publisher, Strengholt Music.On returning to the music industry as a solo artist; Michelle has engaged wit h producers around t he globe as a session vocalist and singer/songwriter.Michelle has enjoyed associations with Suburban Delay, Ultrasonic, Lior Lahav, Sean Bay, D-Gate, Silver J & Catania, Tucandeo, Tartarus, Ex-plosion, Tony Palmer, Taranhawk, Ciaran Fox, David Moralee, Vol Deeman, B.O.N.G, Daniel Lea, St eve Allen, T ucandeo, Vol Deeman, David Moralee, B.O.N.G, Robbie Lock, Trancelicious, Fergie & Sadrian to name a few.With her re-discovered love of music, Michelle is emerging as a fresh new talent within the electronic dance music genre.