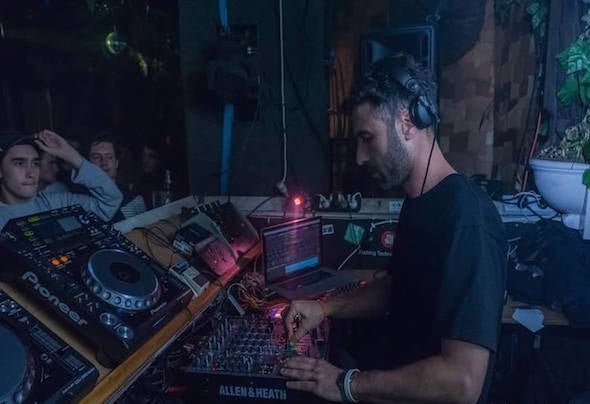 Partying has been in Ivan’s blood, and like everything in Italy they start young! From the age of 17 he was a regularparty goer and patron and Napoli institution and club nigh “Angel of Love”. Its where he developed a love and passion for music and where he started a love affair with techno! Shortly after getting behind the decks himself, he was a resident for Orbeat- group headed up by none other than Marco Carola !From there it was a whirlwind ride of cool parties,different cities and playing in front of the upfront and up for it crowds! Florence was calling and Ivan made the move, playing aticonic parties like Moyo, Tabasco and Tenax, and it’s where he started his production project.Career high points would definitely be having his own original works picked up and Gaga, and released on his label DarkfaceRecordings ! A techno lovers wet dream without a doubt!Ivan now calls Melbourne home, where he’s certainly bringing proper fuckin’ techno to the people of this great city! Have a listen now, so you know what you’re in store for.