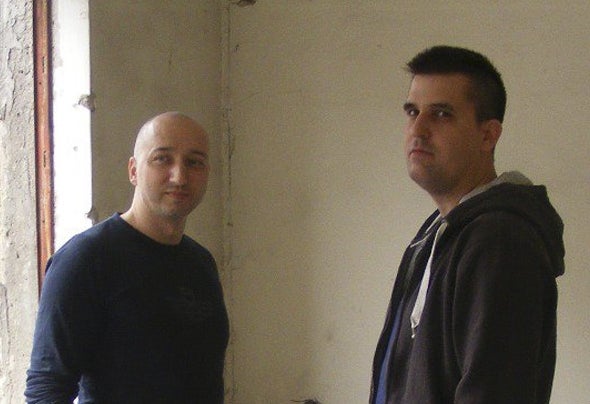 Faces was established in 2004, jointly by Laszlo Csak andGyorgy Meszaros. T hey came from different parts ofHungary, but the loyalty towards music brought themtogether. In the mid-nineties they both oriented to electronicmusic. T hey started to work together on progressive housetracks, but they widened their palette with chill out and deephouse music later.T heir works are mainly inspired by positive and negativeexperiences of their lives. Deep sounds, natural and electrictunes make their tracks complete. Melodical bass lines, widepads, well-structured harmony are main elements of Facessounding.T he first release was a classic tune called „Tsunami” in2006. Over the years they released several original andremix versions, a mix compilation and an own album ondifferent labels from the United States to Russia.T hey started the journey with Silk in 2009, a remix ofFaskil’s „Rezi” track came out. In 2010 they made an epictrack called ”One Way”, which was released by on the SilkDigital label. Next year, after remixing Schodt’s ”WhiteRabbit”, a new original and (some remixed versions of ”OneWay” came out on Silk’s Textures label. T hey are back onSilk this year, at first with an own EP in February includingnew tracks, Other Way, For T hem and How It Seems. InMarch,2013, the classic ”One Way” was back again on theSilk Textures 01 compilation, mixed by Blood Groove & Kikis.Contact:facesmusic@t-online.huhttp://www.facebook.com/facesmusic.hu (fan site)http://www.facebook.com/facesmusic.laslowgeorgehttp://www.soundcloud.com/facesmusic